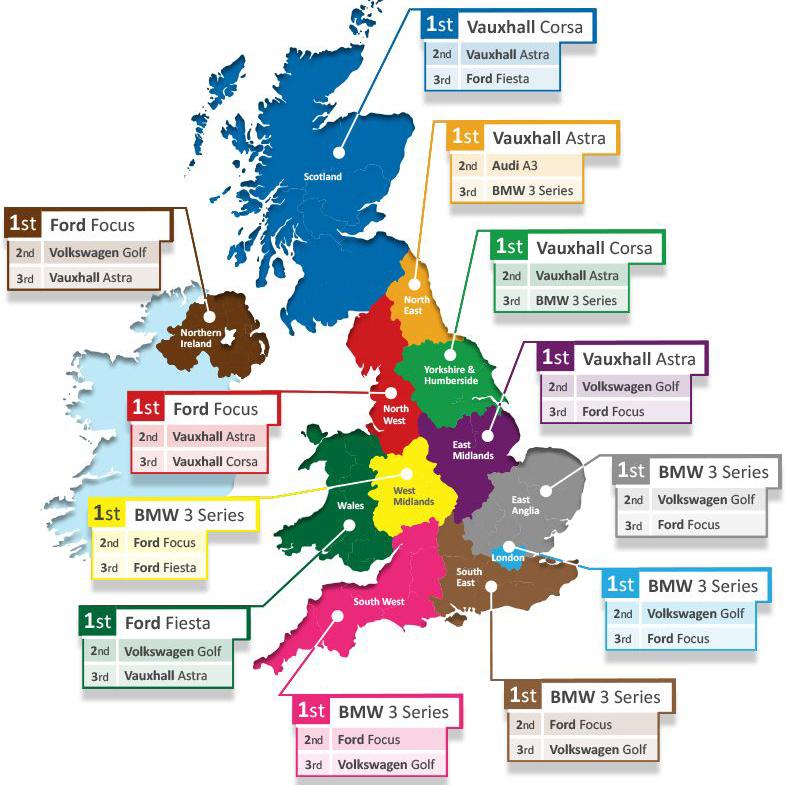 Independent car information experts CAP Automotive have released an analysis of almost 15,000 car valuations from customers wanting to sell or trade in their existing car, revealing that the cars people most want to sell allign almost perfectly with the points of the compass.

Vauxhall dominates the north and east, BMW rules the south and Ford prevails in the west.

The unexpected findings come from a consumer analysis conducted over 30 days, with a view to selling or trading in their existing car.

More than a million motorists have used CAP’s valuation service but this is the first time such a clear regional divide has been identified among one group of consumers – those valuing their own car with a view to buying another.

CAP’s experts are now waiting to see if the pattern is repeated to identify whether September’s valuations represent a trend due to the release of the 64-plate or simply a random statistical cluster.

CAP’s retail and consumer expert, Philip Nothard, said: “September was not just a record-breaking month for new car sales, it revealed a pattern among motorists looking to sell a car that frankly surprised us.

“Of course, we would always expect highly popular cars like the Vauxhall Astra and Corsa or Ford’s Fiesta and Focus to feature highly in any analysis of this kind simply because they are so common. And even seeing the BMW 3 Series featuring so strongly does not surprise us because that’s a model that has gone mainstream in terms of volume over recent years. But seeing the country divided so clearly along regional lines between Vauxhall, Ford and BMW certainly gave us a surprise.”

The results suggest that what traders can expect to be offered in part-exchange will vary by region and anyone seeking the richest pickings among used car choice might be better looking outside their own area instead of assuming used cars are evenly spread across the country. 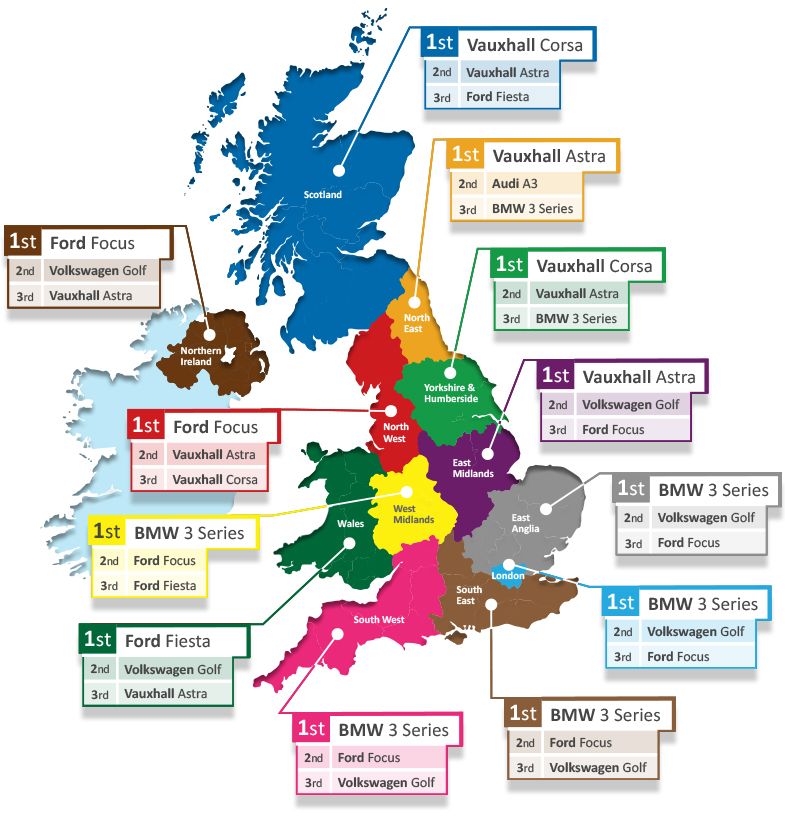