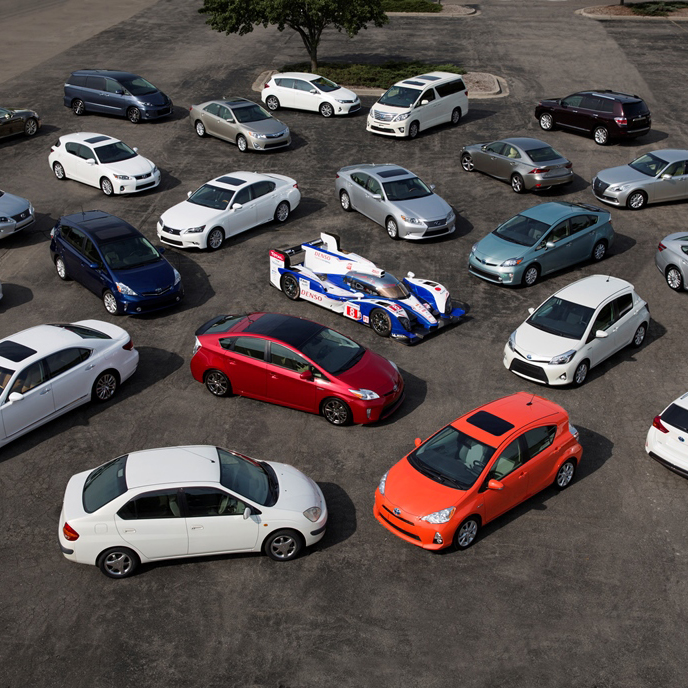 In just nine months a million Toyota units have been sold taking the cumulative total for hybrid sales through the seven million mark reaching 7.053 million.

The results emphasise Toyota’s commitment to helping mitigate the impact of motor vehicles on the environment by encouraging the mass-market adoption of cleaner and more efficient hybrids.

Toyota’s hybrid range continues to grow, with 28 different passenger car models (including the Prius Plug-in hybrid) currently sold in more than 90 countries and regions. The new model strategy for 2014-2015 features 15 new hybrids, including the new Lexus NX 300h crossover and RC 300h coupe in the UK. In the future more new models and markets will be added.

Toyota calculates that as of the end of September their hybrid vehicles have reduced the amount of CO2 entering the atmosphere by approximately 49 million tonnes, compared to the impact the same number of equivalent petrol-powered vehicles would have. On the same basis, it also estimates its hybrids have saved around 18,000 million litres of petrol.

Toyota’s hybrid system is designed as a core technology that can be used in different forms to create environmentally efficient vehicles for different customer requirements. The company will continue to work to raise performance, reduce costs and expand its product line-up – including the introduction of environmentally efficient non-hybrid vehicles.