One in seven risk lives due to pestering from sat-navs 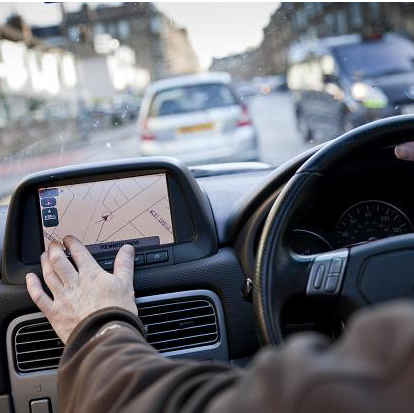 The consequences of your satnav constantly pestering you to get back on the route that they’ve painstakingly put together for you could mean more than just a navigational nightmare – a survey by road safety charity Brake and Direct Line has found that 15% of drivers who use a sat-nav admit making illegal or risky manoeuvres to correct mistakes when following sat-nav instructions, putting themselves and other road users at massive risk.

And it’s not just dodgy u-turns that are a danger, Brake and Direct Line’s survey also found that one in 14 (7%) of drivers have had a near miss due to having to swerve or brake suddenly to avoid a hazard due to sat-nav distraction and another 7% of drivers also admitted to having a similar near miss because they were fiddling with their stereo.

Rob Miles, director of motor at Direct Line, commented: “Looking at the sat-nav while your eyes are meant to be on the road is no different from trying to drive with a map in front of you. It’s dangerous, and you shouldn’t do it. If you’re going to use sat-nav to guide you through a journey, better to use a voice-based version so you can keep your eyes on the road. If you need to change direction or turn around, do it safely, even if it takes a bit of time to get to the next roundabout rather than doing a U-turn. And if you want to look at the sat-nav, do what you’d do with a map: find somewhere safe to pull over before having a look.”

A vast majority of drivers are brimming with false confidence and they allow themselves to be distracted because they believe they are in control and/or do not believe distraction poses a significant risk. however research shows drivers are not able to correctly estimate how distracted they are and 98% are not able to divide their attention without a significant deterioration in driving performance.

Many modern vehicles come equipped with technology aimed at making the driver safer or more comfortable. However, some in-vehicle technology can provide a dangerous distraction – driving is a complex and unpredictable activity that requires your full attention, so don’t kid yourself thinking you can get away with multi-tasking at the wheel.

Through its drive smart campaign, Brake is calling on all drivers to make a new year’s resolution to stay alert and keep their mind and eyes on the road – whether that means programming your sat-nav before you set off and not attempting to re-programme it, fiddle with your stereo, use a mobile, or do anything else while driving.