Jaguar to be honoured at Shelsley Walsh 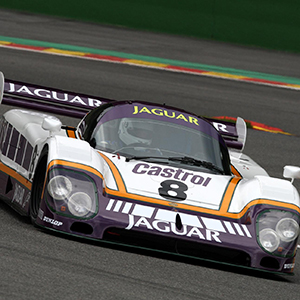 A weekend of Jaguar celebrations will take place at Shelsley Walsh on the 18th and 19th July with a variety of cars including the XJR 9 in action on the hill. Norman Dewis Jaguar’s test and development driver of 30 years will be interviewed and signing copies of his new book.

Action on the hill will include a demonstration of the Jaguar XJR 9 #187 which Jan Lammers and John Watson drove during the 1987 sportscar season, helping to take the World Championship that year.

There will also be demonstration runs from the Group 44 Jaguar, and the Broadspeed Jaguar XJ12 Coupe which also form part of the Derek Bell Celebration.

Special guest Norman Dewis OBE will be attending on the Sunday and will be on Philip Porter’s stand where he will be interviewed during the day by Philip and also sign copies of his new book which can also be purchased on the day.

The event will be supported by the Jaguar XK Enthusiasts Club (XKEC) and the Jaguar XJS Club who will have displays in the main display area with support from SNG Barratt of Bridgenorth. Classic Motor Cars and the Jaguar Daimler Heritage Trust will be bringing a number of cars to display including Ian Callum’s MK2 Jaguar.

Classic Nostalgia is being supported by Classic and Sports Car Magazine and Stewart Miller and Peter James Insurance. Tickets are available to purchase on the gate.

Further details on all the weekends activities can be found at www.shelsley-walsh.co.uk with further updates due.