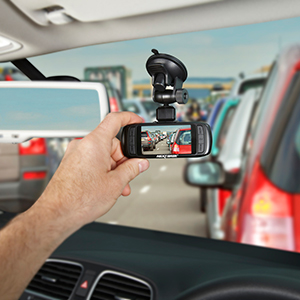 An increasing number of UK commercial fleets are turning to in-vehicle technology for protection against rising levels of insurance fraud, Vision Unique Equipment (VUE) have reported.

Latest figures from the Association of British Insurers reveal insurance fraud is at a record high, reaching £1.3billion in 2013, with £811million of fraudulent claims attributed to car insurance.

‘Crash for cash’ car insurance scams were identified as the main contributor to a 34% rise on the number of false motoring claims.

Glen Mullins, Managing Director of VUE, said: “There are approximately 3.7million commercial vehicles on UK roads and fraudulent insurance claims are costing British firms thousands of pounds each year, as well as driving up premiums.

“Insurers and fleet owners are increasingly looking to technology to tackle the escalating problem and many insurers now insist on CCTV in the fleets they insure.

“This has led to unprecedented levels of demand for in-vehicle CCTV, particularly from large commercial fleet owners who are often seen as easy targets for fraud.”

VUE are one company who have benefitted, seeing the number of commercial fleets using CCTV technology more than double.

“Many crash for cash’ fraudsters have witnesses on hand to claim that the crash was the other driver’s fault, enabling them to make an insurance claim for the damage, as well as whiplash injuries,” added Mr Mullins.

“CCTV technology is the only way to prove what actually happened.

“CCTV technology from VUE is designed to record the events leading up to an accident and, crucially, the aftermath of a collision even with the engine switched off, can be used as court-admissible event.

“CCTV systems not only prove the cause of an accident but also record the speed at impact and how many people were involved.

“We’re working with many of the leading commercial fleets and insurance providers in the UK to help protect their businesses and drivers from these fraudsters, and firmly believe CCTV technology will be able to bring these criminals to justice.”