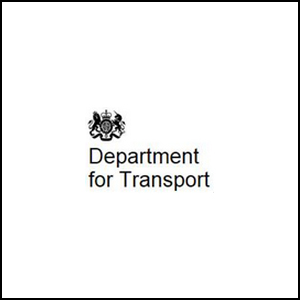 The government has announced that UK taxpayers will not incur higher Vehicle Excise Duty if their existing vehicles are found to be fitted with illegal software that manipulates emissions tests.

Following VW’s admission of using ‘defeat devices’ in diesel cars, there is an ongoing UK government investigation which began last week into the extent of this practice.

The government also announced today the next phase of this investigation which will look at whether the illegal software used by VW is being used elsewhere.

There is no evidence of this, but the Department for Transport (DfT) wrote to manufacturers last week to seek further clarity and this next phase will include laboratory and real world testing by the Vehicle Certification Agency (VCA).

“Our priority is to protect the public and give them full confidence in diesel tests. The government expects VW to support owners of these vehicles already purchased in the UK and we are playing our part by ensuring no one will end up with higher tax costs as a result of this scandal.

“We are also starting our testing programme to get to the bottom of what the situation is for VW cars in the UK and understand the wider implications for other car types to give all consumers certainty.

“I have been pressing for action at an EU-level to improve emissions tests and will continue to do so. I have also called for a Europe-wide investigation into the use of ‘defeat devices’, in parallel to the work we are doing in the UK.”

In addition to writing to manufacturers, the DfT has also urged EU-level action to improve public confidence in testing.

The DfT will work closely with the VCA and the Driver and Vehicle Standards Agency (DVSA) to carry out the programme of tests. Neither cars, nor the testing facilities will be provided by the vehicle industry themselves.

The next phase of the programme will involve initially re-testing diesel cars that VW group has confirmed contain ‘defeat device’ software of Euro 5 category, approved by the VCA, in both a laboratory and real-world setting. These measurements will be used as a benchmark for further testing, with the final programme to be developed.

The government is liaising with other EU countries’ approval authorities who are currently conducting similar investigations. This coordinated approach will improve consistency and enable testing of the widest range of vehicles across Europe.

Further information on VED rates can be found here