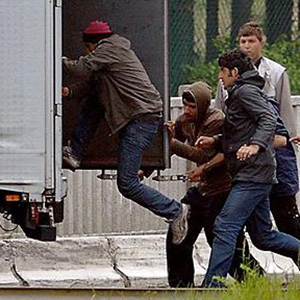 Rising migrant problem means the UK supply chain is in danger of collapsing.

The migrant population has risen to around 3,000, as those fleeing North Africa and Middle East make their way to Calais in the hope of crossing the Channel to Britain.

The situation has led to both the ferry terminals and Eurotunnel increasing checks on vehicles prior to embarkation, which slows down the processing of vehicles and threatens the reliability of the UK supply chain to and from Europe.

Commenting on the implications of the news, FTA’s International Affairs Manager, Donald Armour, said: “The UK Government really must insist on greater proactive involvement by the responsible French authorities; if they don’t act soon the UK supply chain could be in serious danger of being very badly disrupted.”

The UK Border Force and French authorities have a good working relationship but it is clear that resources are stretched, and more is needed to be done as a matter of urgency.

FTA has welcomed the moves by Eurotunnel and the UK ferry operators who are reportedly looking at ways to increase secure parking areas as a matter of urgency; both are providing additional space but as UK trade continues to improve more HGVs are travelling to and from the UK. However, without sufficient security measures for drivers ensuring them a safe passage home FTA is concerned regarding their safety.

Mr Amour added: “With an estimated 3,000 migrants now living rough in Calais the surrounding area, FTA’s principle concern is the safety of drivers attempting to travel safely through the port and trying to avoid stowaways hitching a ride on a lorry into the UK. We don’t believe that truck drivers should be made to act as unpaid immigrations officers” 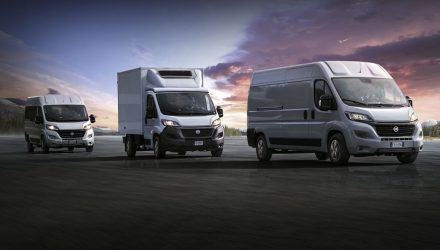 Orders for the 100% electric Fiat E-Ducato are now open, priced from £47,675 excluding VAT (after the Government PiVG), enabling customers to receive all the benefits of