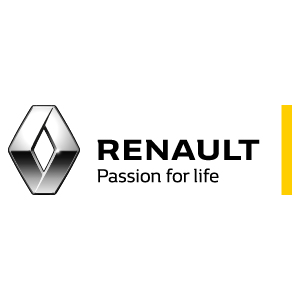 Renault Group UK and the Motor Sports Association (MSA) are inviting submissions for the 2015 Renault MSA Young Motor Sport Journalist and Photographer of the Year awards, designed to encourage the new generation of reporters and photographers working within UK motor sports.

Established in 2002, the awards are now open to those aged 30 and under. An expert panel will consider the applications; each winner will receive a trophy and a cheque for £1,000 at the MSA’s Night of Champions ceremony at the Royal Automobile Club in January.

In addition the winning photographer’s images will be framed and hung at both the Royal Automobile Club and Motor Sports House, and will appear in MSA magazine. The two winners will also receive a year’s provisional membership of the Guild of Motoring Writers, the world’s largest organisation of automotive editorial professionals.

Jeremy Townsend, Renault UK Communications Director, said: “Renault UK has been a proud supporter of UK motor sports for over 40 years and we are delighted to continue our backing of these important media awards. Over the years we have seen how much they can benefit young journalists and photographers, so we look forward to deciding who will be next to earn these prestigious titles.”

Rob Jones, MSA Chief Executive, added: “For motor sport journalists and photographers rising through the ranks, these are the awards to win. Not only do they offer two winners a cash prize courtesy of Renault UK, they also give all entrants a chance to put their work in front of a panel of experts from both the sport and the media. As such I would encourage all those eligible to enter, and we look forward to receiving their submissions.”

Candidates must have been aged 30 or under on 1 January 2015 and be able to demonstrate published work involving domestic UK motor sport. They can work in local, regional, specialist or electronic media and are required to submit a minimum of three published articles or five photographs from the UK media in 2015.

Application forms are available by email from media@msauk.org and entries must be sent to the MSA by 20 November 2015.