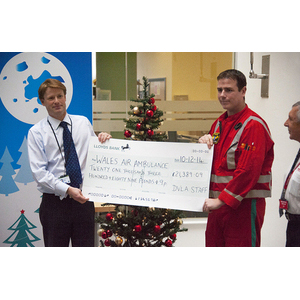 As 2014 comes to a close, the DVLA are proud to announce that through the support and generosity of their staff and partners they’ve raised £21,389 for their Charity of Choice 2014 – The Wales Air Ambulance (WAA).

The money was raised through a variety of activities and events during the year such as the BUPA Great North Run.

DVLA’s Chief Executive Oliver Morley, said: “It’s through the exceptional efforts of everyone here at DVLA that we’ve exceeded our original target of £13,000.”

On hearing the news, Mark Stevens, WAA fundraising manager, said: “All of us here at Wales Air Ambulance were delighted to be chosen as DVLA’s Charity of Choice for 2014. This has really made a difference and we will use the funds to buy a scanning machine for our helicopter based in Swansea. It has been a fun and memorable time with DVLA over the year and from everyone at WAA, we would like to thank all the staff at DVLA who supported us.”

Oliver added: “It’s important that we continue to focus on charities that really mean something to staff and we will be announcing our Charity of Choice for 2015 shortly.” 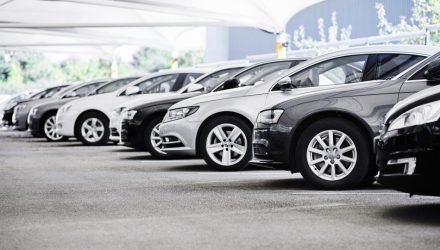 With working from home set to be the new-norm for the foreseeable future, Venson Automotive Solutions is putting the spotlight on employee contracts for the benefit of