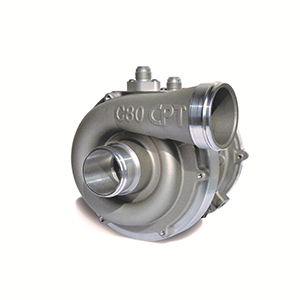 Controlled Power Technologies (CPT), a British developer of advanced automotive technology focused on the electrification of internal combustion engines, and Eminox, also based in the UK and a leading European manufacturer of exhaust gas control systems for heavy duty diesel vehicles, have reached agreement to collaborate on the development of electric supercharging solutions to reduce fuel consumption.

The Memorandum of Understanding (MoU) covers European retrofit applications to public transport and utility vehicles as well as heavy goods and off-highway vehicles, and enables CPT to continue working directly with vehicle OEMs for the application of the technology to new vehicles.

“Following the successful industrialisation by Valeo of our VTES compressor technology for light duty vehicles, now being progressively introduced by European carmakers in their latest models, we are confident that this MoU with Eminox will lead to early adoption of the technology in the heavy duty sector starting with its retrofit for trucks and buses,” says Nick Pascoe chief executive CPT.

“As well as gaining field experience with the technology, our aim is to communicate to the aftermarket and retrofit sector, the effectiveness of this method of reducing emissions by combining CPT’s switched reluctance compressor with our well established SCRT after-treatment solution,” says Jog Lall sales and marketing director Eminox.  “We believe this can cost-effectively bring Euro IV and V vehicles up to Euro VI requirements thereby meeting Low Emission Zone and Ultra Low Emission Zone requirements across Europe, whilst also offering  fleet managers savings on fuel. This can be achieved without the cost and complexity of replacing an entire fleet with brand new vehicles before older vehicles have been fully amortised.”

“This mutually agreeable arrangement with CPT supports our strategy of partnering with leading technology developers to provide emissions reduction solutions for a wide range of vehicles,” says DrPhil Bush technology manager at Eminox. “Eminox SCRT technology can significantly reduce harmful diesel exhaust gases, particularly in urban operating conditions. The additional control of compressed air for transient performance provided by Cobra means that we can purge diesel particulate filters and other forms of exhaust after-treatment for NOx reduction and, most importantly, without compromising fuel economy.”

Andy Dickinson, the senior manager at CPT responsible for Cobra and its closely related Tigers energy recovery system concurs: “Electric supercharging provides a cost-effective technology for controlling emissions without increasing fuel consumption.  Black smoke in particular, which is simply the result of too much fuel and insufficient air, can now be significantly reduced or even completely eradicated.  What we have developed is a robust product scaled for heavy duty vehicles.”

The need for this technology is driven by ever tightening legislation.  The latest Euro VI emission standards, for example, comparable in stringency to US 2010 standards, became effective in 2013. The new regulation introduced stringent particle number emission limits, stricter on-board diagnostic (OBD) requirements as well as new testing requirements including off-cycle and in-use testing.

“Currently there is on-going discussion for Euro-VII limits,” says Dickinson, “which is likely to introduce CO2 reporting combining engine test results with a whole vehicle approach to fuel consumption. NOx emissions regulations are also likely to be further tightened. The industry needs to consider the technology that will prepare them to meet these low carbon and ultra-low emission requirements.”

CPT announced the world’s first water-cooled electric supercharger developed for ‘quasi continuous’ boosting of commercial diesel and gasoline engines at the annual supercharging conference held at the Technical University of Dresden in2012.  It was less than 12 months following the sale of the air-cooled version of its technology to Valeo.

“We now have the means of producing the cleanest engines ever by delivering very quickly and very precisely the mass of air necessary for optimum combustion, particularly during transient events,” says Pascoe. “Electric supercharging is fast becoming a mature technology that will help to reduce fuel consumption and emissions across a wide range of vehicles.”

Cobra technology includes a sealed-for-life bearing system, coupled with electronics that are state of the art to provide a high level of precision and digital control.  Combined with a radial compressor connected to an ultra-low inertia rotor the device accelerates from idle in less than half a second to 60,000rpm, to provide instantaneous boost and thereby avoid transient torque and smoke issues.

“The aim with Cobra was to develop a 24 volt electrical supercharger to eliminate transient turbo lag in heavy commercial vehicles, in other words be active for a few seconds or more but sufficiently robust to do so repeatedly without any thermal management issues,” says Dickinson.  “Cobra can handle the recurring transients of continuously variable engine loads without degradation, which is underlined by our ability to run it on test continuously and in the same boost mode for 30 minutes or more. So it will cope even with an off-road digger continually demanding variable power and torque from its engine.”

According to Dickinson the same critical factor of fuel consumption being addressed by carmakers also applies to designers of big truck engines: “Commercial and passenger vehicle transport managers and off road operators certainly don’t want to be wasting fuel and ultimately it’s always the metric they use for deciding whether emissions technology is cost effective or not.”

“For the next generation of powertrains currently under development, Cobra provides engine designers with the opportunity to achieve up to 10 per cent reduction in CO2 emissions when implemented with engine downsizing and down speeding strategies, and potentially more when used with alternative fuels. To reduce emissions it delivers a rapid transient air increase for particulate control, a low boost pressure EGR pump opportunity for part-load NOx control, and can also provide the air necessary for aftertreatment systems and burners.”

Cobra not a conventional electric motor, but a powerful switched reluctance machine

Switched reluctance motor generators moreover eliminate the need for expensive rare earth materials required for high speed permanent magnet machines. They also have the advantage of low inertia, which means they can respond much faster than a conventional turbocharger.  They are also highly efficient where they are most useful, which is at low engine revolutions where the main turbo lacks boost. This makes electric superchargers using switched reluctance machines an enabling technology to reduce engine size – an important factor in reducing fuel consumption without loss of vehicle performance.

Cobra units feature an optimised radial compressor, delivering high airflow, pressure and efficiency, designed to deliver enhanced torque, emissions control and CO2 reduction. The system can be controlled to achieve effective engine boosting when used in conjunction with a turbocharger, and eliminates turbo lag by providing instant boost while the turbocharger is getting up to speed.  Alternatively, a Cobra supercharger can be used on its own, providing peak power transient boosting for up to 30 seconds and continuous power boosting tested for up to 30 minutes.

CPT is an independent, clean-tech, company, based at Laindon in Essex and in Coventry in the West Midlands with subsidiaries in Germany and the USA. It specialises in the development of cost-effective CO2 reduction measures for the global automotive industry that avoid major redesign of the powertrain or vehicle electrical system.  Its core competencies include low voltage power electronics, advanced control software and the application of low voltage switched-reluctance electrical machines to gasoline and diesel powertrains.

The business was established in 2007 to acquire Visteon’s advanced powertrain business.  With asset and technology acquisitions from Visteon, and the signing of associated licensing and collaboration agreements with Switched Reluctance Drives Limited, now part of Nidec Corporation, CPT gained immediate access to a portfolio of near-term solutions to the problem of automotive CO2 and NOx reduction – and has since developed the technology to a high level of application and manufacturing readiness.

Following the successful sale of its VTES electric supercharger business to Valeo for applications in cars and vans up to 3.5 tonnes gross vehicle weight, CPT is now focused on bringing its liquid-cooled COBRA, SpeedStart and TIGERS technology to mass market readiness.

Further information on CPT is available at www.cpowert.com.