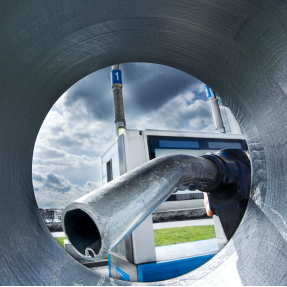 The launch of the new co-branded card will be underpinned by a refreshed design of each website in Europe and at the point of sale in fuel stations, reminding drivers travelling across Europe that they can refuel with one card at either BP or Aral, which has been part of the BP Group since 2002.

Holders of the new fuel card and current BP Fuel Card customers can also access the ROUTEX* network that runs throughout Europe – over 17,000 sites spread across 29 countries.

There are currently more than 2 million BP/Aral fuel cards in use across Europe, handling millions of transactions every month. With one of the largest branded networks in the UK, British customers will be able to access more than 3,000 sites in their home country using the new card.

The move comes after Europe-wide research** by BP into what fleet managers look for from their fuel provider.

Data collected from 600 respondents found that being able to control their fleet and reduce their costs are top of the fleet managers’ wish lists, especially for international truck and bus customers. Network coverage and fuel expertise were also amongst the important things that make a big difference to fleet managers’ jobs.

Koeno Siemons, European Card Marketing & Operations Manager at BP, said: “Managers of international fleets told us that being able to manage their vehicles remotely and reducing costs were their key priorities when choosing a fuel card. We’re emphasising our strong offer in this area by refreshing our proposition and the way we communicate with our customers. As network coverage is a key element for international fleets, we are launching a dual branded international card, which highlights the availability of both BP and Aral branded sites in Europe.”

The new dual branded international fuel card will be launched on the 9th of May at The Transport & Logistic Trade Fair in Munich – Germany and will then be rolled out across Europe.