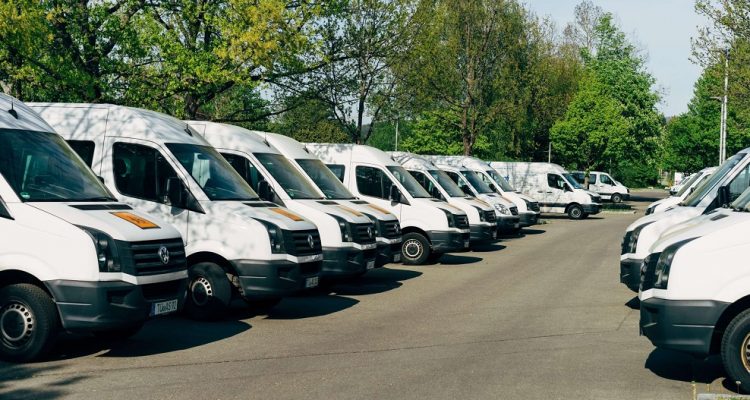 Simplytrak’s vehicle tracking system is helping to fight the war on rural vehicle crime in The East Riding having partnered with North Yorkshire’s Rural Crime Division to track and cease a stolen quad bike.

The Market Weighton based company is fast growing its reputation for vehicle tracking and has impressed North Yorkshire’s Rural Crime Division by going above and beyond for a victim of theft.

The tracking systems earnt the respect of The North Yorkshire Rural Crime Division after the system was used to track and locate a recently stolen quad bike.

Sergeant Arfan Rahouf from the North Yorkshire Rural Task Force was involved in the vehicle recovery operation and he commended the tracking software after being impressed by Simplytrak’s speedy response and the softwares ability to pinpoint the stolen vehicles exact location. PC Arfan commented, “We received fantastic service from Simplytrak. The tracking kit enabled the team to locate, seize and recover the stolen quad within twenty-four hours.”

Having previously been interviewed about rural vehicle crime, PC Rahouf commented that: “The problem with rural crime is it is not high enough up the agenda for people. If you take a quad bike from a farmer then that is their livelihood gone for a couple of days – if not weeks – until it can be retrieved or replaced and the impact of it is massive.” Since the introduction of the Rural Task Force over three years ago, rural crime has fallen, however PC Rahouf stated that, “The force has seen an increase in farm and agricultural theft, in particular quad bike thefts.” Which is where tracking and security systems come into play and can offer confidence to the rural community. 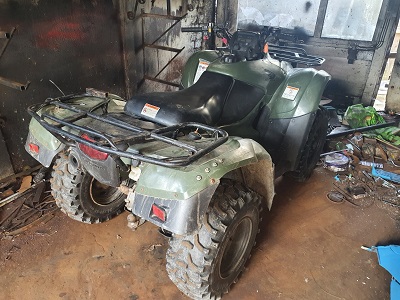 Talking about the incident and the systems capabilities, Ian Wood, Managing Director said: “Simplytrak supplies Platt Quads with the tracking system and software and in turn they supply vehicles to their network of customers with the added security of Simplytrak’s tracking systems. Having originally purchased a quad fitted with a tracker from Platt’s the vehicle was subsequently re-sold to a private customer and the system was later disabled. Unfortunately for the new owner, the vehicle was recently stolen and North Yorkshire Rural Crime Division contacted Simplytrak to enquire about the original tracking system installed and ascertain whether it could be reinstated. We quickly confirmed that we were able to reactivate the system to track the stolen bike and reacted quickly to the Police request. By re-enabling the tracker we were able to direct the police to the exact location of the stolen vehicle, where they were able to recover it quickly.”

Ian goes on to say, “The tracker demonstrated its capabilities perfectly and impressed both the Officers involved in the quad’s recovery and the private owner – who has now purchased the system for the rest of their fleet of vehicles. Rural vehicle crime is on the rise and it’s great to know our system can support prevention and help to minimise crime by supporting tracking and vehicle retrieval which hopefully leads to subsequent criminal proceedings. In the past few years we have helped the police on a number of occasions and often finding one stolen vehicle leads to the location of quite a few more.”

The private owner Helen, who has since gone on to purchase a range of Simplytrak tracking kits said, “Without having the Simplytrak tracker installed on our quad bike, we would have faced huge costs plus the price rise on insurance and the total inconvenience of having to replace the equipment. Thanks to Simplytrak we recovered the quad bike within around 12 hours of it being stolen.”

Helen explained: “The yard break-in was frighteningly well-organised, we believe the thieves used drones to stake out the area and plan entry and exit points in advance. Within a 15 minute window they had cut down our fences, broken into our shed and wheeled the quad to a waiting horse trailer before making a quick getaway. We reported the crime to the Police but with no officers immediately available, or clues to go off it was looking incredibly unlikely that we would recover the quad. We remembered that the previous owner had a tracker fitted but we hadn’t re-activated it in our name.The next morning we were able to get Simplytrak’s details from the previous owner, and pass these on to the Police. Simplytrak immediately accessed the tracker and within a matter of minutes told the Police it’s precise location. Officers were able to recover the quad that same day.

We are so thrilled to have got our quad bike back. Recovery would not have been possible without Simplytrak. We have already re-registered the tracker in our name and purchased several more units for all our other machines! We couldn’t be more grateful for the fantastic service from Simplytrak.”

Simplytrak’s vehicle tracking systems enable fleet management operators to drive down costs and improve efficiency. With capabilities including live turn-by-turn tracking, geofencing and alerts the tracking solution allows companies to know exactly where their vehicles are at all times. The modular system also offers immobilisation features and witness and/or security cameras to further increase vehicle and driver security.