New research from the road safety charity Brake highlights the issue of excessive speeding, with more than a quarter (28%) of male drivers admitting having driven above 100mph; more than three times the number of women admitting this (9%). The findings, from a survey of more than 2,000 UK drivers, have been released to mark the start of Road Safety Week 2020, taking place between 16-22 November, which is highlighting road danger with the message “No need to speed”. 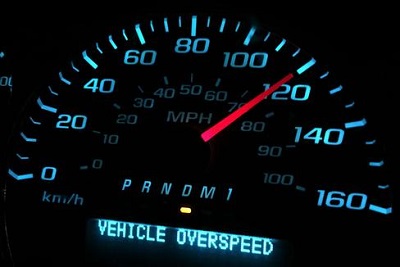 Brake, in partnership with police forces, is also revealing police data on the highest speeds over the limits in police force areas. According to the data analysed by the charity, the highest excess speed was a driver travelling at 152 mph in a 30mph zone, recorded by the Metropolitan Police. The highest speed overall, was 180mph, captured by Nottinghamshire Police in a 70mph zone.

The charity’s research also found that one in three (32%) of all UK drivers, nearly half (44%) of male drivers (21% for females) and nearly half (47%) of 25-34 year old drivers admit to having been in a vehicle speeding at more than 100mph on a public road, either as the driver or a passenger.

Drivers caught exceeding 100mph on public roads face a driving ban of up to eight weeks, and a fine of 150% of their weekly income. The use of lengthy driving bans for excess speeding is supported by Brake. The charity highlights that stopping distances at 100mph are approximately 182m – the length of nearly two football pitches– making stopping in time to avoid a crash practically impossible.

Brake is raising awareness of the dangers of speed for Road Safety Week 2020, 16-22 November, which is supported by funding from the Department for Transport and co-sponsored by DHL and Specsavers. In addition to the dangers of excessive speeds, Brake is highlighting to the UK’s majority law-abiding drivers that in many conditions, such as in the wet or near cyclists and pedestrians, even driving within the speed limit can be too fast. Drivers can visit www.roadsafetyweek.org.uk for more information and guidance.

Brake analysis of Government data has found that, on average, there are 11 deaths or serious injuries every day on UK roads where speed – either exceeding the limit or travelling too fast for conditions – is identified as a contributory factor to the crash by the police. The charity states that while shocking, this figure is likely a vast underestimate of the impact of speed, as slower speeds mean more chance to stop in time, and speed is an inevitable factor in nearly all deaths and serious injuries. It is difficult in some crashes for the police to determine whether or not speed was a direct causal factor, and more in-depth collision investigation following fatal and serious injury crashes would be likely to show higher rates of speed as a causal factor.

As well as organising Road Safety Week and promoting road safety year round, Brake delivers support to road crash victims through the National Road Victim Service helping families cope with the shock, turmoil and devastation that road crashes cause to families across the UK every day. 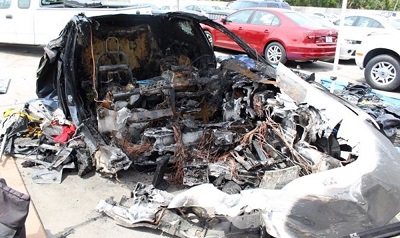 Joshua Harris, director of campaigns for Brake, the road safety charity, said: “There is no excuse for breaking the speed limit and these figures highlight the grossly excessive speeds of some drivers who show complete disregard for the law and people’s safety. None of us should be put in danger by the high-risk behaviour of others when we’re getting about on roads, and that’s why, this Road Safety Week, we are asking everyone to join us in our call that there is no need to speed.

“Many drivers drift over limits by mistake but our research shows that a shockingly large number of drivers, particularly men, break speed limits excessively. We want all drivers to remember the daily disasters that are due to speed, think about the victims, slow down, and reduce road danger. It’s important to remember that sometimes driving under the speed limit can still be too fast, particularly on winding roads, roads with poor visibility, and roads where there could be people about on bicycles and on foot. The voices of the bereaved and injured help us all to understand that getting somewhere a few minutes earlier is never worth the risk.”

Roads Minister, Baroness Vere, said: “Speeding is illegal, reckless and puts people’s lives at unnecessary risk. For this reason, there are tough penalties and strict enforcement measures in place for those who disobey the law.

“We’re working hard to change attitudes that lead to speeding, including through our THINK! campaign which targets young men.

“The stories of families who have lost loved ones are absolutely heart-breaking. So please always remember there is no need to speed.”

Giles Edmonds, director of clinical services for Specsavers, co-sponsors of Road Safety Week, said: “We are proud to support Road Safety Week and Brake’s campaign to highlight the dangers of speeding. Good eyesight is one of the basic requirements of safe driving, but we know one in four people don’t have regular eye tests. It’s vital that drivers can see well so they can spot potential hazards, read road signs and judge speed and distance.”

A spokesperson for DHL Supply Chain said: “Ensuring the safety of the public and our colleagues remains our number one priority as we carry out our deliveries nationwide. There is no excuse for speeding; all drivers have a responsibility to travel at speeds relative to the conditions of the road. We wholeheartedly endorse Brake’s message that getting there safely matters far more than getting there a few minutes early.”