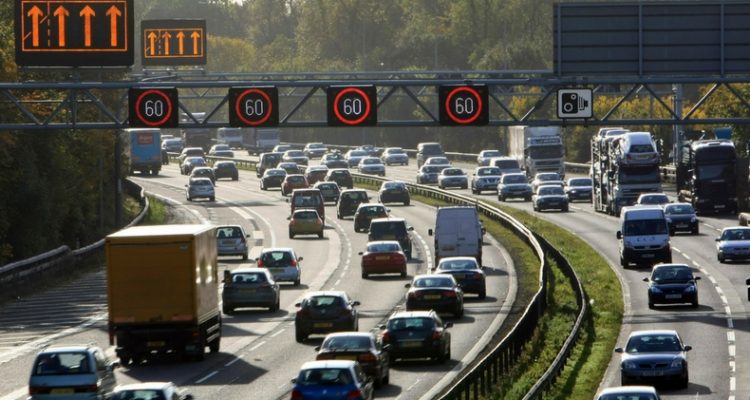 The rollout of new smart motorway schemes will be paused until a full five years’ worth of safety data is available, as the Department for Transport invests £900 million to improve safety on existing All Lane Running (ALR) motorways.

In line with the Transport Committee’s most recent recommendations, the rollout of new ALR smart motorways will be paused until a full five years’ worth of safety data becomes available for schemes introduced before 2020. After this point, the Government will assess the data and make an informed decision on next steps.

Although available data shows smart motorways are comparatively the safest roads in the country in terms of fatality rates, while their rollout is paused, the Government will go further by ensuring current smart motorways without a permanent hard shoulder are equipped with best-in-class technology and resources to make them as safe as possible.

This will include investing £390 million to install more than 150 additional Emergency Areas so drivers have more places to stop if they get into difficulty. This will represent around a 50% increase in places to stop by 2025, giving drivers added reassurance. 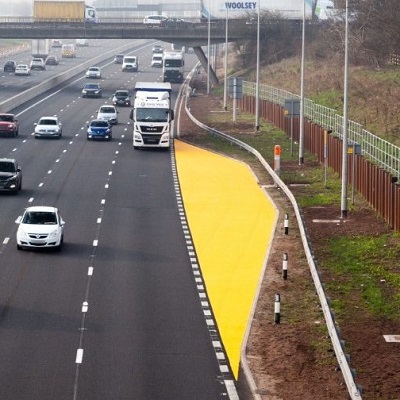 The Department for Transport has welcomed the Transport Committee’s report, which endorsed its focus on further upgrading the safety of existing ALR smart motorways rather than reinstating the hard shoulder. As concluded by the Committee, evidence suggests hard shoulders do not always provide a safe place to stop, and by reducing motorway capacity, they could put more drivers and passengers at risk of death or serious injury if they were to divert onto less safe local roads.

Transport Secretary Grant Shapps said: “One of my first actions as Transport Secretary was to order a stocktake of smart motorways and since then, I have worked consistently to raise the bar on their safety. I am grateful to the Transport Committee and to all those who provided evidence for its work.

“While our initial data shows that smart motorways are among the safest roads in the UK, it’s crucial that we go further to ensure people feel safer using them.

“Pausing schemes yet to start construction and making multi-million-pound improvements to existing schemes will give drivers confidence and provide the data we need to inform our next steps. I want thank safety campaigners, including those who have lost loved ones, for rightly striving for higher standards on our roads. I share their concerns.”

National Highways CEO Nick Harris said: “We have listened to public concerns about smart motorways and we are fully committed to taking forward the additional measures the Transport Committee has recommended.

“While we pause those all lane running schemes yet to start construction we will complete the schemes currently in construction, we will make existing sections as safe as they can possibly be and we will step up our advice to drivers so they have all the information they need.

“We are doing this because safety is our absolute priority and we want drivers to not just be safer, but also to feel safe on our busiest roads.”

Independent road safety campaigner, Meera Naran, whose 8-year-old son Dev, died in a motorway crash on the M6 in 2018, said: “Conventional and smart motorways both have their risks and benefits. I welcome this pause in the rollout of smart motorways which will give us all a positive opportunity to assess the future of our motorway network.

“I’m encouraged by the commitment of £900 million to improve the safety of our motorways, following my campaigning since Dev died. However, I’ll continue to both challenge and work alongside the Department for Transport to ensure even more is done, including calling for legislation to be looked at for Autonomous Emergency Braking and further support for on-going driver education.”

The Government’s response to the Transport Committee builds on the significant progress already made against the Department’s 18-point Action Plan to improve smart motorway safety, announced in March 2020, including adding emergency areas and upgrading cameras to detect Red X offences.

The measures in the Stocktake and Transport Committee response represent over £900m of improvements in total, including £390m of new money for extra emergency areas, with the remainder of the funding delivering other measures such as Stopped Vehicle Detection and concrete central reservation barriers.

National Highways will also ramp up communications so drivers have better information about how to drive on smart motorways.

While the Department for Transport will be taking forward all the recommendations set out in the Committee’s recommendations, it does not agree with the view that smart motorways were rolled out prematurely or unsafely. All ALR smart motorway schemes are, and will continue to be, subject to high standards of design, risk assessment and construction, followed by detailed monitoring and evaluation once opened to traffic.

While further data is being collected, National Highways will continue work to complete schemes that are currently in construction, which will all open with technology in place to detect stopped vehicles. These schemes are all more than 50% completed and halting progress on them now would cause significant disruption for drivers. Design work will also continue on those schemes already being planned, so they are ready to be constructed depending on the outcome of the pause. No preparatory construction work will take place.

Also, in line with the Committee’s recommendations, National Highways will pause the conversion of Dynamic Hard Shoulder (DHS) motorways – where the hard shoulder is open at busy times – into All Lane Running motorways, while it investigates alternative ways of operating them to make things simpler for drivers. National Highways will also install technology to detect stopped vehicles on these sections.

AA reaction to the decision

The AA is delighted that the Transport Secretary has accepted the original AA demand, and Select Committee recommendation, that emergency refuge areas (ERAs) should be no more than three-quarters of a mile apart wherever physically possible. Applying this to new schemes and retrofitting current schemes is a major step in the right direction.

The key concern for the AA in its decade-long campaign to improve the safety of ‘smart’ motorways is that is 38% of breakdowns on smart motorways occur in live lanes.

If there are not enough refuges and not accurate enough technology to warn of the dangers, then drivers become ‘sitting ducks’.

The commitment to 150 new ERAs, alongside better technology, reduces that risk.

The original M42 pilot in 2006 worked quite well as refuges were only 400/500m apart but the roll-out with refuges at 2,500m apart, without decent technology, meant that lives have been put at risk.

The Select Committee produced a well-balanced report that included many of the things that the AA has called for.

The AA is also pleased that the Transport Secretary has committed to investigate the concept of an ‘emergency corridor’ which is a proposal the AA raised with DFT ministers in person and in a letter in November 2017.

The idea is to update the Highway Code to include the manoeuvre to help emergency services and traffic officers to access incidents when traffic is congested. In effect, traffic in the right-hand lane pulls over to the right and on the left-hand lane pulls over to the left, which leaves a corridor so that emergency services can access any incident rapidly.

The AA is also encouraging the Transport Secretary to further investigate ’controlled’ motorways which have a hard shoulder and all the gantry technology but are deemed to be the safest type of motorway. The committee also called for their safety and economic case to be reviewed for future schemes.

The AA gave both written and verbal evidence to the select committee and most of the AA’s recommendations are included in the report and have been accepted by the Transport Secretary.

Commenting on the Government response, Edmund King, AA president, said: “The AA has been a major critic of ‘smart’ motorways in our campaign for over a decade to improve their safety. At last, we have a Transport Secretary who has made progress and taken a positive and pragmatic approach. He has today accepted many of the measures we have been calling for and our important demand that emergency refuge areas should be no more than three-quarters of a mile apart.

“We would like further investigation, which the Transport Secretary has agreed to, of our proposal for All Lane Running schemes to revert to the hard-shoulder between 7pm-7am to avoid confusion and to offer a refuge to counter live lane collisions that happen at night.

“We are pleased our call for better evaluation of the Stopped Vehicle Detection technology has been accepted but still question why it wasn’t fitted before schemes opened. The AA view remains that controlled motorways with a hard shoulder are the safest option and we are pleased that the business case for these will be examined.

King adds: “The AA called for a new Highway Code rule in 2017 to create an emergency corridor in stationary traffic to allow emergency services access to incidents on motorways where there is no continuous hard shoulder. We are pleased that the Government has endorsed that call and we are already working with National Highways on this matter.

“Whilst ‘smart’ motorways will never be perfect, we do believe that considerable progress has been made to make them safer.

“We will be holding the Government to account to ensure these actions will be implemented as soon as possible.”