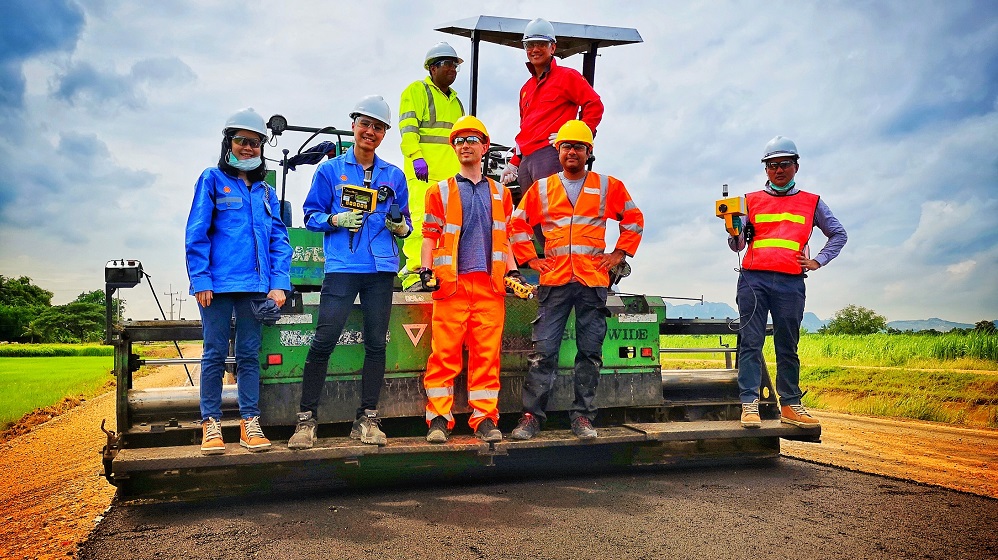 “Road infrastructure is essential to modern living but urbanisation and denser transport and industrial activity have resulted in worsening levels of local air quality,” said Jason Wong, Vice President of Shell Global Bitumen and Sulphur. “The need for cleaner construction and transport infrastructure requires every industry to do its part in developing cleaner ways of working,” said Jason.

Developed in Shell’s major R&D centre in Bangalore, India, Shell Bitumen FreshAir consists of an innovative bitumen technology that acts directly with chemical compounds affecting air quality, as well as odour-releasing molecules. This chemical reaction takes place in situ at a molecular level, helping to cut specific gases and particulates or minimize the release into the air during production and paving, reducing the impact on local air quality.

Shell is the first major supplier of bitumen to develop a solution that addresses impact on air quality. Switching to Shell Bitumen FreshAir is estimated to have a similar effect on particulate matter (PM10) as planting an average of 16 trees2; or a similar impact on the reduction of nitrogen dioxide (NO2) equivalent to removing an average of 40 cars3 per kilometre of asphalt laid per year.

Shell Bitumen FreshAir has been tested with road constructors and air quality experts during externally monitored field trials in cities in France, the Netherlands, Thailand and the UK. With its ready-to-use solution, Shell Bitumen FreshAir can be easily used with existing asphalt mixing and laying processes, and will be available in a number of countries from this year on.