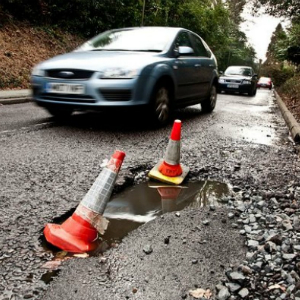 Commenting on the Government’s response to the Transport Select Committee on local roads funding*, Jack Cousens, head of roads policy for the AA says; “For years local councils have been crying out for more funds to help tackle the state of their roads.

“The nation’s roads are slowly improving, but under current spending plans it would take English and Welsh councils a decade** just to get back to a standing start. This summer eight out of 10 (81%***) drivers said potholes were causing problems in their area.

“Consistent funding and a more prominent focus on resurfacing roads would be better for road users than a patchwork of filled potholes.”