How did they get out of the cul-de-sac?

My Electric Avenue initially set out to recruit 10 neighbours in 10 streets from across the UK to drive an all-electric Nissan LEAF for 18 months. Despite this being seen as a challenging goal, the project has exceeded its targets and in one community alone, there are more than 20 people taking part in the trial.

As EV sales continue to increase, My Electric Avenue is seeking to discover if local electricity networks can cope with charging a cluster of EVs at peak times and is testing a new technology that can control the charging of the cars if the local electricity grid becomes overloaded.

Paul O’Neill, EV Manager, Nissan Motor GB said: “Not only is My Electric Avenue helping us to understand the impacts of electric vehicle charging in concentrated areas, but it is also giving us a clear vision of what the streets of the future may look like and that is very exciting.”

My Electric Avenue was fortunate to discover that there were many people around the country who were extremely enthusiastic about the prospect of driving a Nissan LEAF and taking part in this ground-breaking trial. Many of these participants became ‘cluster champions’, recruiting another nine of their neighbours to join them – the minimum number required in most locations to create a cluster and to qualify to be part of the trial.

The cluster in South Shields was started by one such champion, Julie Skevington. Julie drummed up interest in her local community, encouraging her neighbours to be involved in the trial and now an amazing total of 23 people now drive Nissan LEAFs in the area as part of the project. This is believed to be a record number of drivers of this electric car in such a small area.

Having exceeded the recruitment targets for the project, My Electric Avenue is now in the phase of collecting data about charging, and the impact it has on the local electricity network.

In total, over 100 people were recruited to drive Nissan LEAFs as part My Electric Avenue’s ‘technical’ cluster trials, plus more than 100 people in the project’s social trials. 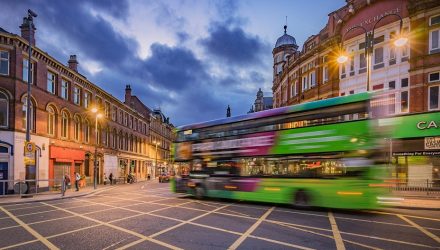 Leeds’ planned Clean Air Zone is no longer required thanks to businesses switching to cleaner vehicles faster than expected, a joint review by Leeds City Council and

What are the different type...

Once confined to hypothetical conversations and science labs, the

Power My EV launches in the...

In Lockdown, British families have seen how reducing air