One in ten cars driving with illegal lights 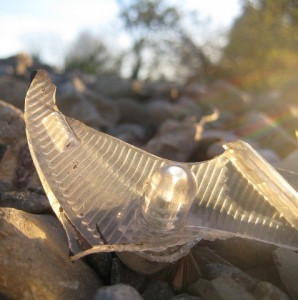 ILLEGAL: Are your headlights working?

An estimated 2.6million cars are being driven illegally with defective lights, a study by Halfords has found.

More than one in ten vehicles (10.1%) checked across ten UK cities had a failed headlight, sidelight, rear or brake-light – significantly increasing accident risk.

The problem is also reflected in MOT failure rates, with 1.16million cars tested in 2012 falling short of required standards due to their lights.

Dave Poulter, Director of Trading for Auto at Halfords, said: “We know motorist have delayed essential repairs and many wait for the MOT but this is a false economy and such drivers risk falling foul of the law.”

Glasgow fared worst in the study, with just under one in eight of vehicles (13.3%) having defective lights.

Newcastle was a close second with 13.1% of cars observed with blown bulbs.

Department of Transport figures show that, in 2010, 357 accidents were blamed on vehicles not displaying lights at night or in poor visibility.

More than 25,000 accidents were the result of drivers misjudging other vehicles’ speed, often as a result of failing to slow down.

Image courtesy of cynchya, with thanks.