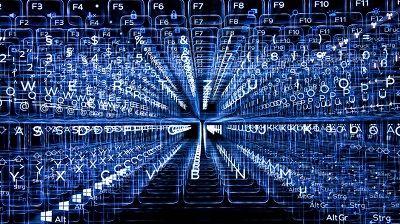 The introduction of new company software in January has turned LIQUI MOLY into a permanent building site. The system that was supposed to simplify processes and reduce costs for the oil and additive specialist, has had precisely the opposite effect and negatively affected the half-year results. “If we were listed on the stock exchange, I would have to issue a profit warning,” says CEO Ernst Prost.

Among other things, the company software manages purchases, controls production, handles shipping and issues invoices. In other words, it is key to LIQUI MOLY’s prosperity or decline. The previous software had been in use for decades and was increasingly reaching its limits. So, after years of preparation, it was replaced at the turn of the year.

But instead of the anticipated minor teething issues, there were major difficulties that are still ongoing. Difficulties that have had a direct impact on business operations. “Despite the support of a well-known software company, we have still not succeeded in getting our production and delivery levels back to where we and our customers expect them to be,” says Ernst Prost.

Understandably, customers are becoming frustrated and angry. “In my entire professional career, I have not had to apologize so often to customers, as I have had to in the last six months. The level of service that we are currently delivering really pains me,” says Ernst Prost. The company is also incurring considerable extra costs, for example, because containers can only be half filled, delivery vehicles have to wait longer than planned to be loaded, or air freight needs to be used when items that are needed urgently do not arrive by ship in time. “It’s not our customers’ fault that we are having problems, so we are doing everything we can to minimize the impact on them and to bear any additional costs.” These expenses are not the whole story either. “In addition to the huge cost of having the software installed, every day produces new things to trouble shoot and problems to solve.”

All of this has left significant tracks in the company’s figures. Compared to the first half of 2018, turnover has fallen slightly by 0.8 percent to € 259.6 million, and this is only because the high backlog of orders cannot be fully processed due to the computer problems. Earnings for the half-year fell by around 30 percent to € 11 million. “I never would have thought that in 2019 a change of software could send a whole company skidding off the road.”

LIQUI MOLY has long been used to success – year on year, more turnover, more profit. The current situation has caught the company unawares. Fortunately, high performance levels mean that this is just a dent in profits and is a long way from threatening the existence of the company. “We will not be making any short-sighted decisions such as short-time working or redundancies,” says Ernst Prost. “We will stay on track, we will continue with our expansion strategy, we will employee new people, we will invest in new products and new markets.”

So, no change in strategy and no austerity measures. Quite the contrary: “The current issues have highlighted areas where we can invest to improve even further,” says Ernst Prost. Building a new central warehouse, for example, would simplify logistics. “The storm that we are currently going through is a lot stronger than predicted. Big waves are breaking over our ship, some of the crew are getting wet and some of the passengers are a bit nauseous. But our ship is seaworthy and not at risk. And the storm will soon be over. I hope that, together with our software company, we will have resolved all the computer problems by the end of the year at the latest.”