Speaking to the BBC, Richard Burnett, RHA chief executive said that despite meeting with Transport Secretary Grant Shapps last week to warn him of the perilous situation, the government is continuing to refuse to take any immediate action to tackle the severe HGV driver shortage. 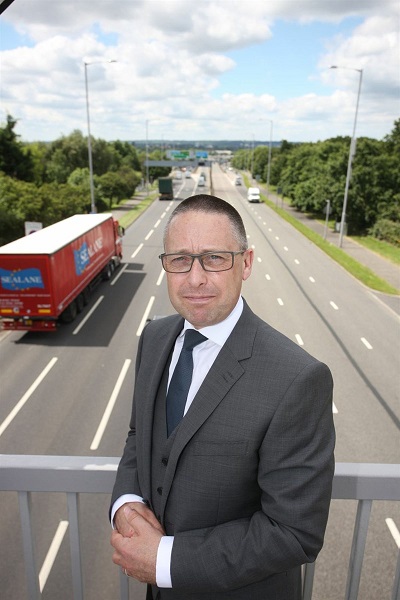 In an interview with BBC broadcaster Paddy O’Connell on Sunday (25 July), Burnett said:
“We’re facing, potentially in the next two to three weeks, a collapse of the supply chain and we will see even bigger gaps on supermarket shelves because we cannot get product into the supply chain fast enough.

“We have got hauliers that have literally got vehicles parked up, unable to cover literally hundreds of thousands of loads on a daily basis. And that’s impacting the food supply chain.
This is a massive crisis – a crisis on a scale of which we have never seen before in this industry and government is burying its head in the sand – it’s not recognising the seriousness of the situation.

“I had a conversation with Grant Shapps last Thursday (22 July) for about 45 minutes to tell him that there’s going to be a collapse. That was on the back of conversations that I’ve had with the chief executives of large logistics businesses. They have told me that this is of crisis proportions and we’re not getting the support from government.”

The RHA is lobbying government to allow temporary visas for European HGV drivers to immediately plug the shortage of drivers in the UK, whilst longer-term measures are put in place to increase training and testing of new drivers.

Burnett explained: “We have asked for the Home Office Shortage Occupation List to recognise the shortage of HGV drivers and apply for temporary fees in the same way that DEFRA have provided those exemptions for seasonal workers, but still a resounding no. And still stonewalling and blocking any progress in terms of actually resolving this problem in the short term.”

The RHA is also calling for double vaccinated drivers to be exempted from self-isolating when notified by the NHS Track-and-Trace app. The association is questioning why the government is making it difficult for drivers to be exempted from self-isolation this year when last year, as the pandemic hit, drivers were allowed to travel freely across the country to keep vital supply chains open.

Burnett said: “Last year we worked very hard and very closely with government to provide critical workers with the ability to carry on. We are critical to keeping the nation fed, to keeping things moving and we did a fantastic job but this time there seems to have been no thought from government in terms of how we approach this in a practical way.

“We’ve got a shortage of somewhere in the region of 100k HGV drivers and so this pingdemic is exacerbating the problem for sure. But we’ve got to get a grip on that and get more drivers in.”

O’Connell asked Burnett if government reluctance to grant this exemption is due to the risk of HGV drivers being super spreaders of the Covid-19 virus.

Burnett responded: “I think we’ve already proven with the high level of driver testing that we did, at the back end of last year and the beginning of this, that drivers, because of their lone working and applying social distance, means that they are probably one of the lowest, around 0.5%, to have tested positive so no, we don’t think it’s an issue.”

He added: “I don’t think the Secretary of State for Transport thinks that drivers are a high risk either. And from that perspective I think we’ve got to have a level of pragmatism and sensibility in terms of how this should be applied.

“We want government to recognise drivers, grant temporary visas to get more drivers into the country in order for us to take a longer-term solution of actually training a UK-based workforce. We also want exemptions for double jabbed drivers with a negative test.”