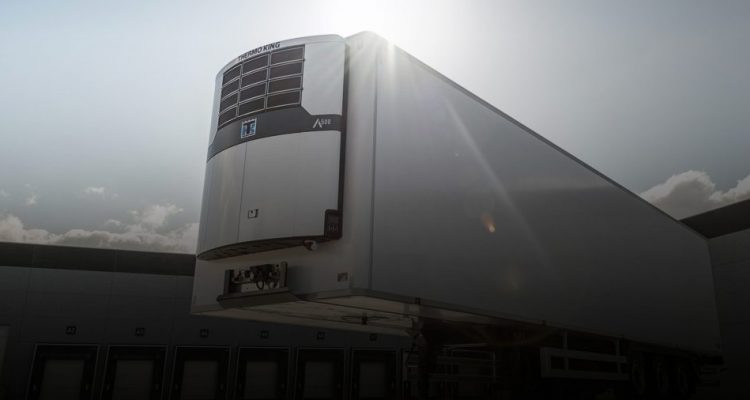 Research into greenhouse gases from diesel-powered auxiliary transport refrigeration units (auxTRUs) has estimated that there are up to 2,100 HGVs in Scotland making a significant contribution to transport-related emissions.

The Zemo Partnership said its study, funded by Transport Scotland, showed that these cold chain systems contribute an additional 1-2% greenhouse gas emissions to current official figures reported from all the 37,000 HGV engines operating in the country.

The study also showed that the units contribute an additional 5-14% NOx and 9-26% particle mass emissions to the respective official emissions baselines for HGVs in Scotland.

Refrigeration units powered directly from the vehicle’s main engine, used by smaller HGVs and vans, were not considered.

As part of the research, two diesel auxTRU units were tested, one fitted to a full-size semi-trailer and the other to a three-axle rigid 26-tonne HGV, each at two separate ambient temperatures selected to be representative of typical daytime summer and winter temperatures in Scotland. 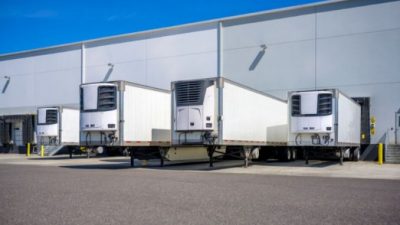 Published data was then used to estimate the number of diesel auxTRUs in daily use in Scotland, their operational characteristics and, when combined with the evidence from testing on emissions production rates, their overall potential contribution to emissions of greenhouse gases and air pollutants.

Zemo said the research suggested there are possibly 450-700 articulated HGVs and 950-1,400 rigids using auxTRUs in Scotland, with each vehicle typically operating with a diesel auxTRU switched on between 1,500 and 4,200 hours per year.

Brian Robinson, Zemo’s study author, said: “This research has very much confirmed our preliminary findings from 2019 and shone a light on the likely scale of the environmental impacts of diesel auxiliary TRUs.

“We now need to work at pace with the cold-chain industry and government to encourage the uptake of cleaner, greener solutions.”