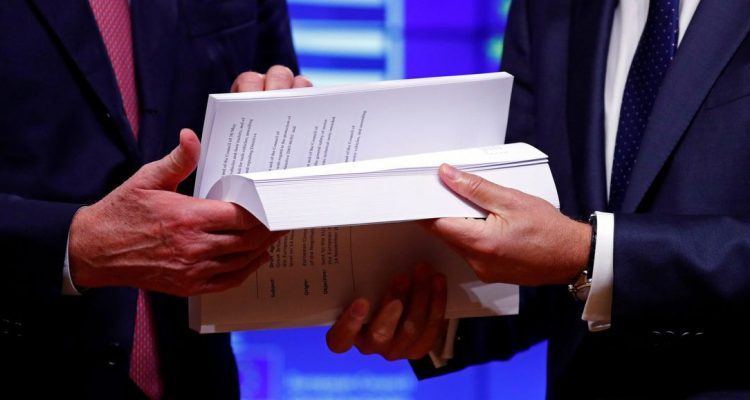 The Freight Transport Association says that the draft agreement on Brexit is a “decisive step forwards in the process of the UK’s departure from the EU”.

The detail of the agreement includes “essential elements which will allow continued frictionless movement of goods and maintain the integrity of the UK’s supply chain”, says the association.

“Remaining in the customs union will maintain seamless transport of goods and services between the UK and the EU until a new trade agreement can be negotiated, while the protection of citizen’s rights, both in the UK and the EU, will safeguard the logistics workforce,” says the FTA.  “A transition period, which FTA has been lobbying for, will enable Britain’s businesses to prepare for a seamless transition to new trading arrangements, without concerns over a cliff edge which could be disastrous for the supply chain.”

FTA is calling on parliament to respect these crucial economic factors in deciding how it votes, to avoid a disorderly departure from the EU which could cause untold problems for manufacturers, retailers and exporters and protect the ability for Britain to keep trading.

FTA chief executive David Wells said:  “Based on the briefing I received from the Chancellor and the Business Secretary, the draft text seems to have recognised the vital importance of preserving the frictionless movement of goods and the availability of EU workers whilst a new permanent trade deal is negotiated. If so, we believe it is crucial that MPs understand how important these outcomes are to economy and the economic security and welfare of the country.”

Meanwhile the Road Haulage Association RHA acknowledges the progress made in the Brexit agreement.

The association says it’s an important step, given there is currently no workable solution for EU-UK cross border road haulage by March 2019.

RHA chief executive Richard Burnett said: “Whatever the outcome of negotiations a transition period is essential – it would be catastrophic for the supply chain if we didn’t have one.

“We must have the time to put in place processes to allow lorries to continue to cross borders without delays.”

“While recognising that the withdrawal agreement tabled by the government is not perfect and includes areas of compromise, if this is the mechanism that allows us to get over the line into a transition agreement, we welcome it,” he said.

“This is a huge responsibility, not just for the UK government, but for businesses too. Business needs this transition in order to achieve an orderly exit from the EU,” Ward said.