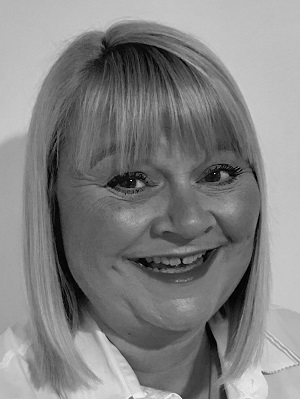 Hemel Hempstead based Autorama Group has selected Ebbon-Dacs’ market-leading e-procurement platform, Leaselink, to handle all new vehicle orders across its three main brands and generate operating efficiencies across the business.

Autorama, which has experienced rapid growth in the last four to five years, is one of the UK’s largest credit brokers and operates a fully funded fleet of around 45,000 vehicles. It is the major sponsor of National League football in the UK.

The business operates across three main brands: Vanarama, which specialises in sales of light commercial vehicles; Motorama which provides new cars to both B2B and B2C customers; and Pick-up Direct which handles sales of new pick-up trucks.

The Group orders some 15-16,000 new vehicles per annum across its three business lines, and had previously relied on manual processes and spreadsheets. However, these were neither scalable nor could they cope with the pace of growth the business had witnessed in recent years.

To identify a more efficient and fully automated alternative, Chief Commercial Officer Jo Elms headed up a selection and implementation project which began by evaluating the main e-procurement platforms in the UK.

It quickly became apparent that Ebbon-Dacs’ Leaselink solution was not only the most widely used platform by both dealer groups and the industry as a whole, but it was the most transparent, easiest to use and  most readily recognised.

The Autorama Group has some 60 supplying dealers on its system but a central core of around a dozen groups supply the bulk of new vehicle orders.

“And they were all familiar with and regular users of Leaselink which made our decision even easier,“ said Jo Elms.

Leaselink is the market-leading web-based e-procurement solution in Europe and has supplied and tracked vehicles worth over £18bn in the last four years. It is used to electronically source more than 210,000 vehicles a year and links around 2,000 franchised dealers and several vehicle manufacturers to a community of major leasing, rental and fleet management suppliers.

Elms said the implementation of Leaselink was already bringing a number of benefits, including greatly improved transparency; the ability to track orders anywhere in the supply pipeline; the removal of manual purchase orders with a fully streamlined and automated ordering process;  better management information reporting; and the speeding up of delivery times by around 15%

“We use Leaselink in conjunction with Stocklink, a standalone system that Ebbon-Dacs developed several years ago and which gives our sales team an overview of the vehicles we hold in stock.

“They can then reserve a vehicle for 48 hours on the customer’s behalf, but if the deal is not completed by then, the vehicle goes back into stock. It gives us more structure and control to our sales process,” she said.

As the next phase of its implementation, Autorama also plans to use Ebbon-Dacs’ highly-acclaimed moDel vehicle delivery and collection solution to control all deliveries of new vehicles in the future.

The moDel system, which integrates fully with Leaselink or can be operated as a stand-alone, is now employed by 17 of the UK’s largest contract hire and leasing companies, along with several vehicle manufacturers and daily rental companies, and has recently achieved record results with over 30,000 movements in one month.

Justine Hawkins, Head of Commercial for Ebbon-Dacs, commented: “We are delighted that the Autorama Group has selected our Leaselink solution to handle all new vehicle orders across its three main brands, and are confident the platform will deliver the efficiencies in terms of manpower, time, management reporting and transparency that the business is looking for. “