Tracking Health & Safety: How have fines escalated in logistics? 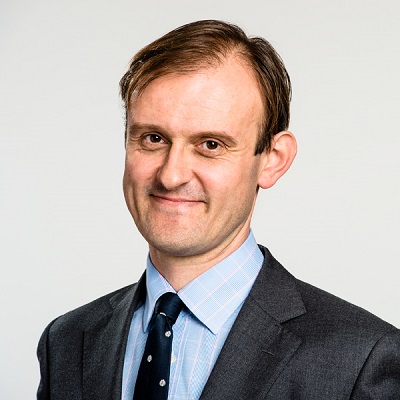 The revised sentencing guidelines for health and safety offences, introduced in February 2016, meant greatly increased fines across all sectors, including transport and logistics.

The new guidelines mean that organisational safety has been put into sharp focus and hefty fines are promised for those companies failing to protect employees against known and preventable safety risks. Since then, fine values have rocketed – in the transport and logistics sector, this has seen some fines reach £4 million.

The guidelines require courts to consider culpability, the seriousness and likelihood of harm caused or posed together with turnover. A business with a turnover in excess of £50 million could face fines of up to £10 million for the most serious offences, whilst corporate manslaughter charges could incur fines reaching £20 million. In the three years since the guidelines were introduced, fines have seismically increased. The ten most significant fines handed down total £30.4 million.

One size does not fit all

Whilst large organisations have grabbed the headlines for the huge fines, the majority of prosecutions are brought against much smaller businesses; these may lack the manpower or financial resources to adequately fund well-structured safety management, and often do not have the same access to health and safety information, resources or support. The fines are commensurate with turnover and whilst smaller businesses rarely face seven figure fines, they can be subject to significant fines running into the hundreds of thousands – potentially catastrophic for their organisation. No court sets out to destroy a business and its ability to remain viable following a fine is taken into consideration; however, this does not mean the fine will not be punitive and the impact must be felt across the business.

Culpability can scale the size of a fine considerably, sometimes from seven figures to a lower six figure sum. If an organisation admits guilt in the event of a breach, but is able to demonstrate and evidence a progressive approach to health & safety (e.g. regular risk assessments, minutes for meetings discussing existing risks and how to solve them), this can count in reducing the level of culpability, and therefore the size of the fine.

In addition, last summer the Sentencing Council announced increased sentences for individuals convicted of gross negligence manslaughter (GNM). GNM was initially excluded from the 2016 guidelines, and this new guidance adopts a more punitive approach to sentences; with the most serious cases seeing individuals face up to 18 years in prison – current sentences for these cases rarely breach the ten year period. Significantly, the sentences are retrospective, so will apply to all cases heard before the courts after November 2018, irrespective of the date of offence.

Fines for transport and logistics health & safety breaches have totalled over £16 million since 2016. The largest fine handed down in the sector to date was to Network Rail, which was ordered to pay £4 million in 2016 after a member of the public was fatally injured a crossing point, with evidence emerging that pedestrian visibility at the crossing was poor.

Fatalities and life-changing injuries are a common feature of transport and logistics health & safety fines. Over 15 fatalities have resulted in fines since 2016, including a penalty to Associated British Ports; in 2018, the business was ordered to pay £750,750 after a security guard was crushed by a HGV three years earlier. Two other parties, DFDS Seaways and security company ICTS, were also found to be in breach of health & safety legislation, and ordered to pay £166,670 and £500,000 respectively.

Whilst intended to protect employees, the Health and Safety At Work Act 1974 also sets out the duty of care businesses have to members of the public and non-employees.

This is particularly relevant for transport and logistics, where organisations frequently visit other company’s sites, and there is an increased reliance on agency and contracted workers. For example, ERIKS Industrial Services Ltd. was fined £373,000 in March 2018 after an agency worker was crushed whilst unloading a vehicle. It is essential that companies ensure that as well as keeping employees safe, their operation does not also expose other organisation’s staff, or the general public, to risk of harm.

Transport and logistics is a hazardous industry and the risk of harm is widespread across multiple operations.  The risk of harm is a feature of the guidelines so organisations that put employees or the public at risk can be prosecuted irrespective of whether there is an actual injury.

So, in practice, a system of work which exposes employees to risk is vulnerable to a prosecution. The more employees exposed to the risk is taken into consideration, as is the length of time that risk has existed. It is therefore essential that thorough, pro-active risk assessments are undertaken and regularly reviewed.

Alongside the operation of HGVs, there are many and varied aspects of risk in transport and logistics. More so than other industries, the transport of incredibly heavy cargo, especially in shipping, creates risk of harm which must be assessed and accounted for. In shipping, the stacking of huge containers leaves employees at real danger of serious injury or even death. The subsequent transfer of these heavy containers, from ship to warehouse to lorry, also creates a critical pinch point, where due care is needed to ensure employee safety is protected at every stage of the transfer.

Stress in the workplace bubbles under the radar in many industries, including transport and logistics. The HSE recently developed a toolkit to help companies address and support employees experiencing stress-related conditions and though there is currently no formal regulation in place to address this (beyond the Health & Safety At Work Act 1974’s umbrella requirement of an employers’ ‘duty to protect’), this public declaration of interest suggests it may be a matter of time before measures are introduced.

In some companies, a culture of confusion, or even disinterest, can exist in response to health & safety regulation. It is therefore vital to tackle this culture from the top down, and manage regulations in a proactive manner which leads to real change for the safety of staff.

The last three years have sent a stark message across all sectors and the industry remains high risk. Engagement with safety issues and education across the industry is key to ensuring that the safety statistics improve. Managing risk must be a priority in this already challenged sector. Focusing on managing risk with transport worker groups and their support networks may help reinforce the ongoing and critical messages around safety.