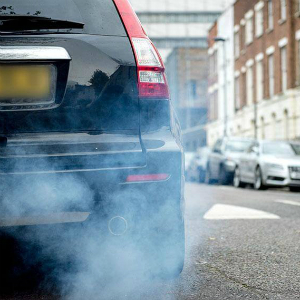 Environmental lawyers have warned that Highways England’s failure to commit to measures to tackle air pollution on its roads is unlawful, and have written to the government calling for ministers to direct Highways England to come up with a concrete, time-bound plan as soon as possible.

The government only assesses pollution on a fraction of roads managed by the company, but of those that are the latest figures show that over a third have illegal levels of nitrogen dioxide (NO2). Some are more than 1.5 times over the limit. ClientEarth has written to Defra and the DfT about the situation.

Despite government having a legal obligation to ensure that measures are in place to reduce pollution on these roads to within legal limits in the shortest possible time, there is still no concrete plan of action to protect people’s health.

ClientEarth clean air lawyer Katie Nield said: “Thousands of people across the country are breathing toxic air which is making them sick. Children are particularly vulnerable. Illegal levels of pollution from traffic on major roads are a part of the problem, so it’s hard to understand why ministers are trying to shirk their legal and moral responsibility to do something about it.”

Highways England’s own inaction is demonstrated by the agency’s failure to spend more than a fraction of the £100million funding it has been allocated to reduce air pollution.

ClientEarth has gone to court to force action from ministers over illegal levels of NO2 across the country, winning three cases since the beginning of 2015. The government’s latest court-ordered plans have attempted to dump the problem on local authorities, which has resulted in missed deadlines and a patchwork of measures.

But the environmental lawyers are increasingly concerned that the current plans do nothing about the toxic air on England’s major road network. Indeed, the government has told local authorities that their plans to reduce pollution do not need to include Highways England maintained roads in their areas.

Ms Nield added: “The government has not compensated for this carve out by requiring action from Highways England, meaning we’ve got this huge blind spot in the government’s strategy. To make sure all arms of government are required to do their bit to better protect people’s health, we need the upcoming Environment Bill to put a duty on all public bodies to act on air pollution, along with stronger legal limits that reflect World Health Organisation guidelines.”

In its legal letter to the government, ClientEarth says: “Whilst successive government plans have alluded to work being done to identify solutions, neither central government nor Highways England have yet set out what measures they are committed to put in place, or when they will take effect, in order to tackle the problem in the shortest possible time. Over eight years after legal limits came into force, a legally compliant plan to address continued exceedances on the [Strategic Road Network] is still lacking.”

It concludes by calling for ministers to direct Highways England to produce a legally-compliant plan with concrete, time-bound proposals as soon as possible.