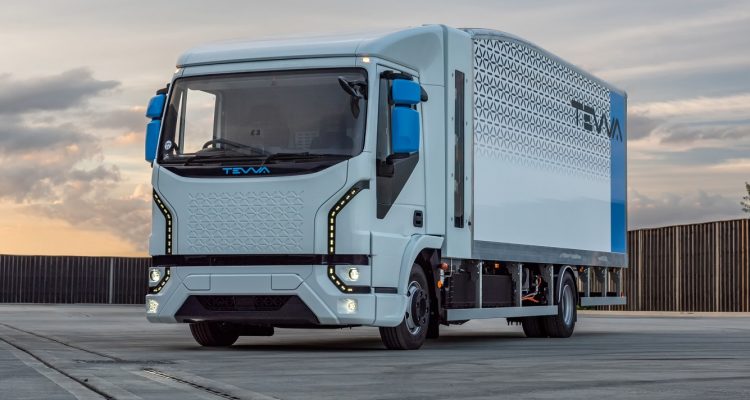 Alternative fuel experts at Luxfer Gas Cylinders are celebrating the launch of the UK’s first mass produced hydrogen-electric truck, in a historic milestone that is the result of a partnership between the Nottingham-based firm and fellow pioneers, Tevva Hydrogen Electric Trucks.

The 7.5 tonne HGV is the first hydrogen fuel cell-supported truck to be manufactured, designed and mass produced in the UK.

It features a ‘plug and play’ hydrogen storage system, which was designed and built in collaboration with Tevva engineers and a team of alternative fuel specialists at Luxfer’s Nottingham HQ, over a period of three months. 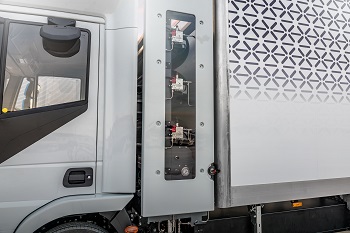 With support from Luxfer engineers, manufacturer Tevva has adapted its battery-electric HGV design to accommodate a hydrogen fuel cell system that tops up the battery and extends the range of the truck to 310 miles (500km). It opens up the zero-emissions solution to a range of fleet operators, offering a truck that can carry heavier loads over longer distances.

Jim Gregory, European Business Development Manager at Luxfer Gas Cylinders, explains: “We were approached by Tevva in October 2020 because they were looking for a partner that focuses on safety and innovation, could meet their supplier code of conduct ethos, and has a shared vision to help make hydrogen the accessible and sustainable clean fuel of today.

“The system – designed using three of our G-Stor® H2 cylinders – was fit for purpose and could be slotted into their existing structure seamlessly.

“This solution offers the best of both worlds, and we’re hugely proud to have been involved in bringing the concept to fruition in what is a landmark launch, showcasing how the UK is leading the way in hydrogen technology.”

A Tevva REX Team spokesperson commented: “The team at Luxfer Gas Cylinders has been a great support to us from our initial prototype work to this milestone of launching our first hydrogen electric truck. We look forward to continuing to work with Luxfer as we make further improvements to the design of the bespoke hydrogen storage system ahead of the 7.5T hydrogen electric vehicle entering production.”

Luxfer has an 80-year legacy in gas containment and has a specialist – and expanding – alternative fuel facility at its Colwick, Nottingham base. It is responsible for supplying hydrogen storage systems to international customers across the transport sector.

Thanks to Luxfer’s unique liner-processing technology, its cylinders are among the highest-capacity, fastest to refill and lightest Type 3 alternative fuel cylinders in the world, making them ideal for heavy-duty trucks, refuse vehicles, buses, trains and bulk gas transportation modules.