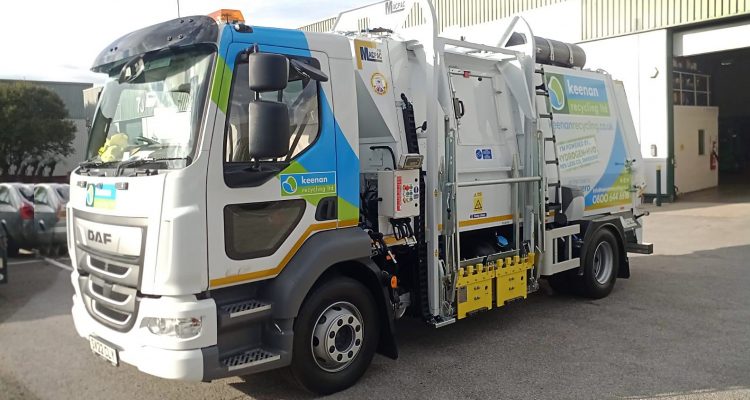 The waste collection truck, for Keenan Recycling, gives the opportunity to show best in class “environmental sustainability” by combining the use of hydrogen to reduce tailpipe emissions with the “drop in” renewable fuel. It will go into operation at the end of the month, in Aberdeen, where there is an existing hydrogen refuelling infrastructure supplied by electrolytic production.

ULEMCo said the conversion shows that hydrogen dual-fuel can work equally well with diesel or the non-fossil fuel HVO, giving the opportunity to address both direct tailpipe CO2 emission reduction from the hydrogen (typically 30%), along with the use of a sustainable fuel that can avoid up to 90% of net CO2 emissions.

HVO is an alternative to regular diesel, and is produced from waste material such as recycled vegetable oil. It can be sustainable if it is produced from a waste-derived feedstock that does not contribute to deforestation.

“We believe this is the first HVO / hydrogen dual-fuel truck operating in the UK”, said Grant Keenan, managing director at Keenan Recycling. “Following the Aberdeen trial, we plan to include hydrogen increasingly in our transport road map.”