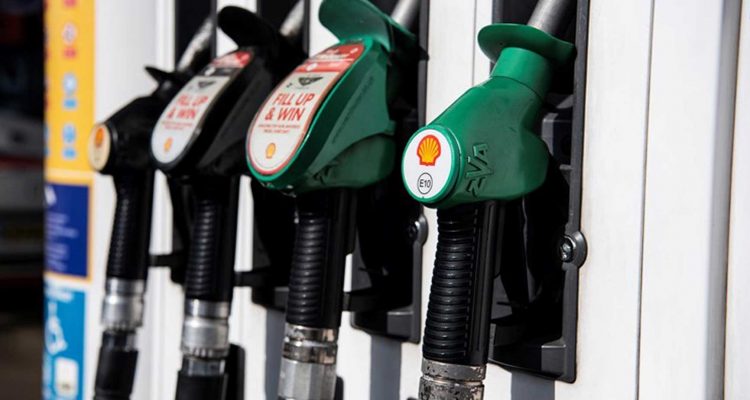 “Rishi, Liz: MPs and the Nation want real action on reducing fuel supply chain profiteering to help cut the cost of living and reduce inflationary pressure. Petrol and diesel are 25p/Litre higher than necessary. We cant wait till September for you to act.” Howard Cox FairFuelUK 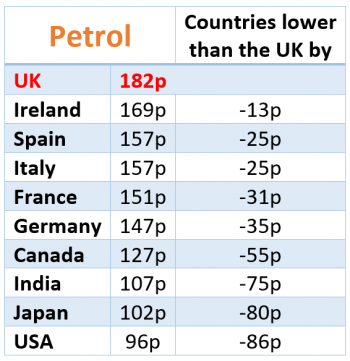 FairFuelUK, and many MPs call on the Government and the next PM to cut Fuel Duty by at least 20p to 25p per litre, similar to Europe’s recent sensible double digit cuts and introduce PumpWatch as a matter of urgency.

Both will have a massive positive effect on reducing inflation and the cost of living.

Robert Halfon MP, Vice Chair FairFuelUK APPG said :”This is literally highway robbery from the big oil companies. We need PumpWatch now, to ensure that motorists have a proper watchdog to investigate what appears to be racketeering.”

Craig Mackinlay MP said: “We are no closer to solving the conundrum of why pump prices remain at record highs despite wholesale oil prices returning to previous levels seen earlier in the year and should also be seeing the supposed benefit of a 5p per litre cut in fuel duty. Whilst I can appreciate that general supply chain costs will have increased, the Competition and Markets Authority (CMA) have further work to do to understand and explain the situation. We should be seeing reductions of at least 25p per litre across all pump fuels; the public have reached their own conclusions that excessive profiteering is at play. HM Treasury have ample room to initiate further duty cuts to alleviate cost of living pressures: I’d recommend they do it.” 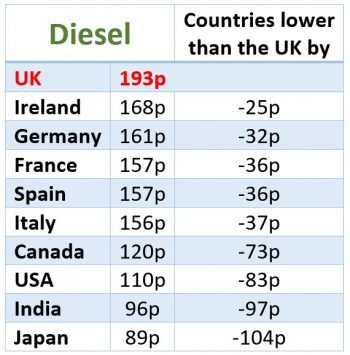 Penny Mordaunt MP, Minister of State for Trade Policy said: “Families rely on their car and business, especially micro businesses, need fiscal support to keep its overheads manageable. All of us need to play our part to keep things moving including a focus on the cost of fuel.”

Richard Tice, Broadcaster and Leader of the Reform Party said: “Fuel barons in the supply chain are racketeering. The Govt should call time & threaten them with “fixed price fixed profit” unless industry sort themselves out within a few weeks”.

Howard Cox, Founder of the FairFuelUK Campaign said: “The foul stench of profiteering gets even more overpowering. Despite the cost of oil falling 14% since June 1st, pump prices remain stubbornly 6 to 7p higher. The Tory Government, stuck in its self-absorbing overlong leadership contest, is allowing the fuel supply chain to ruthlessly exploit UK’s drivers completely unchecked. And the Treasury’s coffers are bulging at the seams with a shed load of extra VAT too. An independent PumpWatch is way overdue and its morally repugnant its not been up and running by now.”