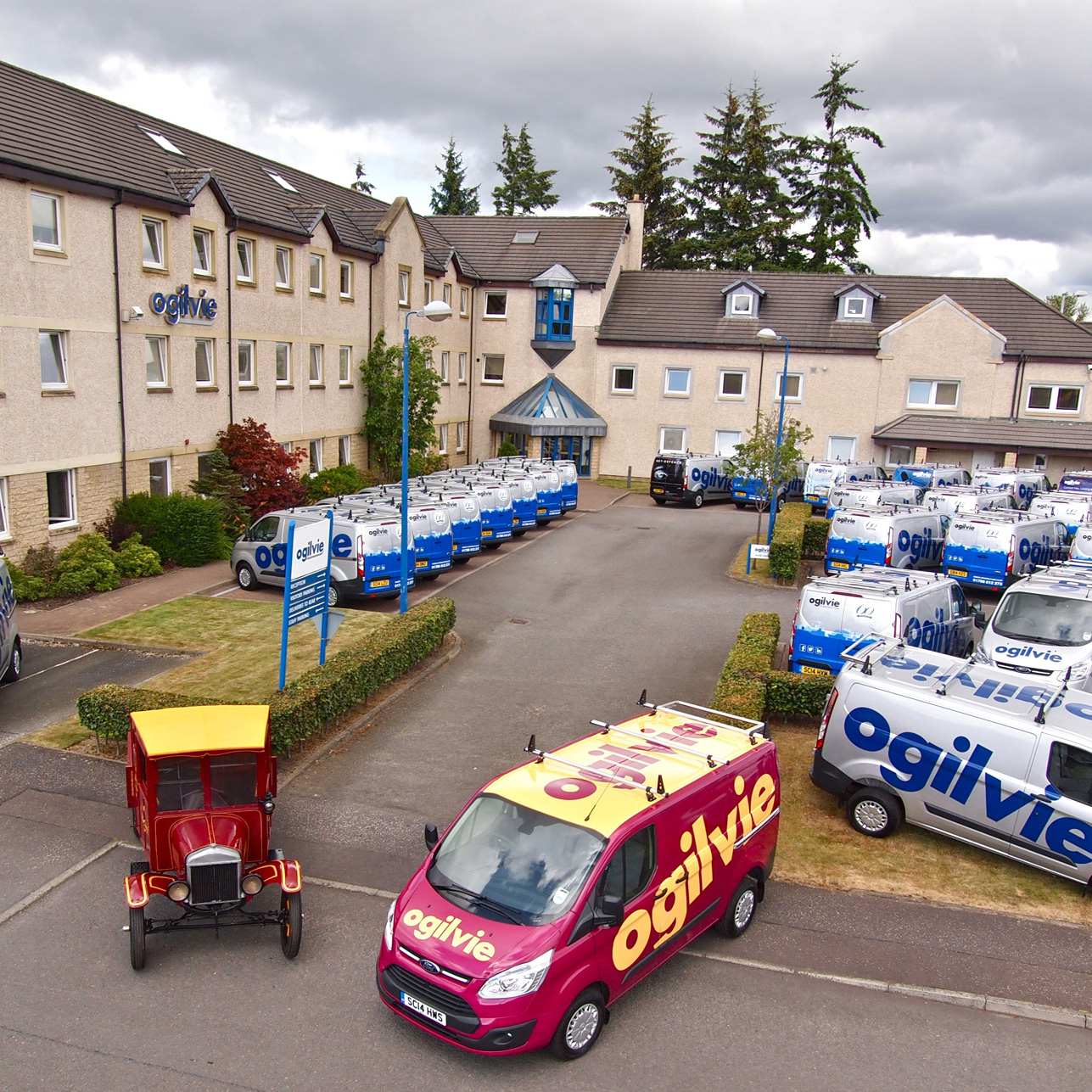 Ogilvie Group has taken delivery of a uniquely liveried 40-strong fleet of Ford vans to mark the diamond jubilee landmark of its business relationship with the ‘blue oval’.

Beginning life as a construction company in Scotland, an on-going diversification strategy has seen the Ogilvie Group transformed into an organisation with a turnover of more than £200 million and six divisions, including Ogilvie Fleet.

To mark the launch of the new fleet a Ford 1912 Model T one ton pick-up truck, which was driven by current chief executive Duncan Ogilvie’s grandfather when he launched the business, has been restored to its former glory in the company’s original amber and claret livery.

The new fleet of Transit Customs will be operated for up to four years and they replace Ford Transit models.

Ian Mills, national manager contract hire and leasing, Ford Fleet Operations, said: “We at Ford are proud of our long and successful partnership with the Ogilvie Group, and we are delighted by the confidence shown by the company in our products over the remarkable period of 60 years […] We look forward to many more years of collaboration with Ogilvie Group.”

Ogilvie Fleet purchasing manager Nick Geldart, who negotiated the deal, said: “The new fleet marks the start of a new era for Ogilvie Group with a refreshed corporate livery and a bright future.
“We have forged a very strong relationship with Ford over 60 years and have every confidence in their products. Over the years the Ford vans we have operated have proved themselves to be reliable, fit for purpose with excellent whole life operating costs and strong residual values. Furthermore, the Transit Custom is new to the sector and is a step up in class.”

Ogilvie Fleet anticipates further expansion and is forecasting 10% organic growth in 2014/15 which will result in it operating around 12,000 vehicles on behalf of clients.