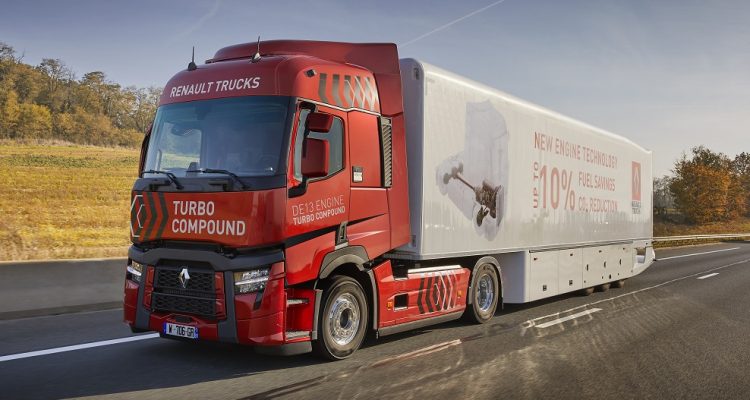 Up to 10% fuel savings with new Renault Trucks engines

Renault Trucks is meeting the challenge of reducing fuel consumption and CO2 emissions. The manufacturer is equipping its T, T High, C and K ranges with new DE11 and DE13 engines. Coupled with the integration of advanced technologies, such as Turbo Compound, and dedicated services, they can reduce consumption by up to 10%. 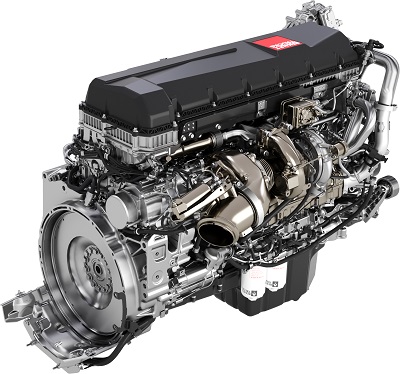 Renault Trucks has made major changes in 2021 to its T, T High, C and K ranges in terms of design, driving comfort and on-board comfort. The manufacturer is continuing this evolution with the arrival of new 11 and 13 litre Euro VI Step E, DE11 and DE13 engines which, combined with the integration of new technologies and dedicated services, provide fuel savings of up to 10% compared to the previous generation of Renault Trucks engines.

Optimal efficiency of the new DE11 and DE13 motors

For improved combustion, the DE11 and DE13 engines feature patented Wave Piston technology. By redirecting the flames inside the combustion bowl, this solution allows better use of available oxygen and therefore better combustion. The engines are also equipped with new injectors with improved precision, which are adapted to the new combustion. 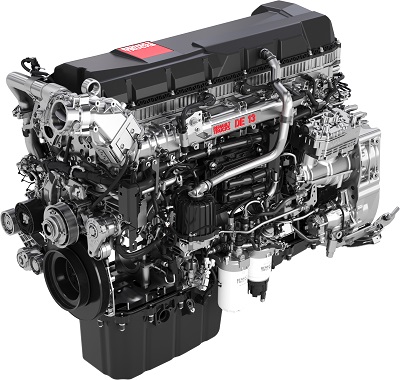 To improve efficiency, Renault Trucks has also focused on reducing frictional losses: connecting rods, pistons and the crankshaft have been redesigned and crankcase gas control has been optimised. A new high-performance ball-bearing turbocharger with improved response time and a variable flow oil pump combined with low-viscosity oil have also been developed.

Last but not least, Renault Trucks has opted for an optimised post-treatment system and a new engine control unit.

Turbo Compound technology for a more powerful and fuel-efficient engine

For optimum performance, the Renault Trucks T, T High and C can be fitted as an option with the DE13 TC engine, featuring Turbo Compound technology, which provides significant fuel savings without compromising manoeuvrability or commercial speed.

An additional turbine, positioned downstream of the turbocharger, converts the residual energy contained in the exhaust gases into mechanical energy and transmits it to the crankshaft in the form of additional engine torque.

Turbo Compound therefore allows higher levels of torque to be achieved at lower engine speeds. On the motorway, under cruise control, and when driving uphill, a constant speed can be maintained without the need to downshift.

A new gearbox for faster shifting

The vehicles are equipped with the new generation Optidriver gearbox, which incorporates a new calculator, new control software and a new clutch actuator for smoother and faster gear changes.

Advanced software and services for total control of fuel consumption

For greater fuel savings, Renault Trucks has also opted for the Smart Torque Control solution, which maximises the time spent in the zone with the best engine efficiency, without penalising manoeuvrability.

Renault Trucks is also continuing to improve the Optivision predictive cruise control, which uses the topography of the road to optimise gear shifting and boost fuel savings.

The manufacturer also offers solutions to support transporters in their efforts to monitor and improve their fleet’s fuel consumption and CO2 emissions. The Optifleet fleet management software (Check module) tracks the fuel consumption of each vehicle and analyses driving styles in order to pinpoint areas where action can be taken to reduce consumption. In addition, Renault Trucks has developed a complete training programme on the principles of rational driving to ensure that fuel consumption is kept under control.