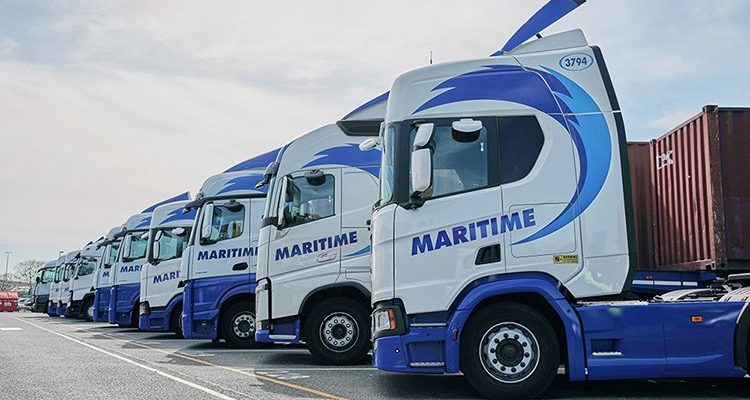 The importance of camera systems in UK haulage fleets

Over the past few years fleet operators have faced increasing pressure to comply with stricter safety legislation and provide safer working environments for their drivers.

The introduction of the Direct Vision Standard (DVS) and similar schemes, as well as the rise in so called crash for cash incidents has therefore led many operators to fit camera systems to vehicles.

One example is Maritime Transport’s partnership with CameraMatics to fit connected smart camera systems across its entire fleet of more than 1,500 trucks.

The firm opted for a 360˚ camera setup, including in-cab driver facing cameras, plus left-turn alerts and smart sensors. 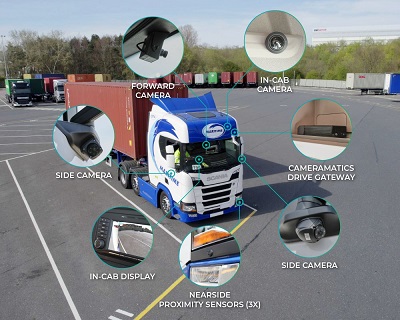 Paul Heyhoe, Fleet Director, Maritime Transport said remote download of footage is a major benefit of the platform and saves the fleet team time and hassle.

He added: “In Felixstowe alone we have 220 vehicles and retrieving footage previously could be a time-consuming process.

“Instant, remote access to footage now has been a huge benefit to us. In the event of an incident or accident we know immediately what happened and can take appropriate action.

“The footage is also proving extremely useful for our driver administrators who use it in the training classrooms.”

Dartford-based Moove Lubricants had four vehicles in its fleet which had an older camera system and required footage to be manually downloaded.

The lack of live feed information meant gaining quick access to recordings for fleet managers was a difficulty.

High-spec cameras are linked to an in-cab monitor which provides the driver with a clear external view while driving, helping with tight manoeuvres.

A live view package also provides Moove with the ability to review any incidents involving their vehicles remotely in real time, with an audio recording if necessary.

Before the new cameras were fitted, the company’s drivers were typically having to get out of their vehicles in situations where a safe delivery to a site was not possible, and take photos as evidence.

With the new system, they can now capture the full situation on camera, including any health and safety concerns.

This can be instantly accessed by the whole team, allowing the office-based staff to contact the customer to report the situation and make arrangements for redelivery.

As a result of Sentinel’s installation, Moove have ensured their compliance with DVS, and are also on track for FORS Silver Membership.

Keiron Ellsley, Moove’s Transport Manager, said: “We chose Sentinel’s system as it offered all the features we were looking for and provided a solution which enabled us to view live camera feeds, track our vehicles’ locations, and access everything through one simple login.

“The system allows the rest of our business to access the information they need in real time to support the delivery operation.”

The cameras mean the council is able to investigate any accidents or reported incidents immediately, interrogate footage from any vehicle, at specific times of day and from any angle.

David Thwaites, Transport Supervisor, South Lakeland District Council said: “The picture is extremely clear so there is no room for doubt; we can see exactly where the vehicle was, at what speed it was travelling and what was going on around the vehicle.

“This is extremely helpful in the case of complaints from members of the public, such as insurance claims for damage to property. We have already been able to use footage to prove our crews were not responsible for damage.”

Copart, the online vehicle remarketing company, partnered with VisionTrack to fit and retrofit its 200-strong transport fleet with its DVS-compliant five-camera system.

For its articulated vehicles, Trakm8 recommended the RoadHawk DVR8000, a device capable of operating and recording on up to eight cameras simultaneously, while for the operator’s other HGVs, the RoadHawk DVR4000 was chosen, supporting up to four cameras. 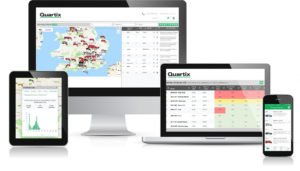 In a new development, Fleet Focus has introduced an AI camera to ensure its customers are notified via video about critical events, which are reviewed and categorised.Its new API-based MyFleetLive camera range is available as part of the Quartix tracking platform and provides fleets with immediate HD1080p event footage as well as the ability to recall any historic footage remotely from the device either via a map or the built-in timeline function.

“Our latest hardware offers significantly greater historic driving footage. This ensures our customers can have faith that all critical events will be readily and easily accessible within the Quartix platform.”

Camera systems will continue to remain a very important tool for transport firms that consider safety a top priority, both for their drivers and vehicles.

The range of increasingly sophisticated cameras coming onto the market should ensure that hauliers who make use of the technology will be able to make their operations even safer and more efficient over the coming years.