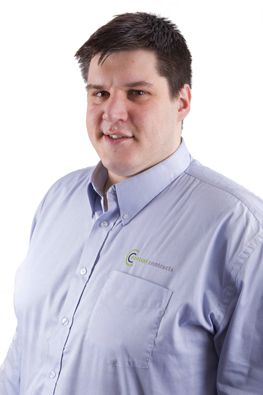 Motorists who use their vehicles for work have been warned about the costly fines they could incur if driving recklessly to and from jobs across the country.

Experts from leasing giant LeaseVan.co.uk conducted research and outlined the costly fines van and truck drivers could face if prosecuted on Britain’s roads.

The research highlights the cost of fines for road users who commit minor and serious motoring offences.

While the study looked specifically at van and truck drivers it highlights issues that all motorists face.

Penalties can range from a £2,500 maximum fine for speeding to a £20 on-the-spot ticket for leaving a vehicle’s engine running.

Tim Alcock from LeaseVan.co.uk said: “Recent changes have been made to increase fines for offences such as speeding, which could result in hefty costs for many of Britain’s most frequent road-users if they aren’t careful.

“As van drivers are regularly out on the road travelling between jobs, we wanted to make them aware of the possible fines they could incur while behind the wheel.

“Fines always seem to come at the wrong time of the year, when money is tight and the last thing you need to do is fork out tens if not hundreds of pounds on avoidable fines.

“This is why we have outlined the substantial costs some fines can carry so that drivers think twice next time they are over the speed limit or gamble on an amber light.”

Here are the costs of some of the most common motoring offences:

New laws put forward last year have increased fines for serious speeding offences. A £100 fine and three penalty points on the driver’s licence was the maximum penalty speeders faced. Now, fines have been split into three bands, A, B and C, where the most serious Band C offences carry a maximum fine of £2,500.

Most Band C cases will now take the equivalent of 150% of a prosecuted driver’s weekly income – which is no small fee. For example, someone earning a salary of £25,000 a year will have to hand over a minimum of £720, plus six penalty points for the pleasure.

Drivers could get a £200 fine and six penalty points on a licence, if caught using a hand-held mobile phone while driving. The maximum fine for this offence is £1000 if the driver is taken to court.

It is also important to be aware that drivers can still be prosecuted even if you are using a mobile phone in your van while stopped at traffic lights or queuing in traffic.

Being an amber gambler could save two minutes on a commute to work but could also end up being a £100 fine with three penalty points. If a motorist has failed to stop at a red light they may be offered to participate on a driver awareness course as an alternative. However, the course will still cost around £90 so don’t take the chance.

Driving in an inconsiderate fashion could get drivers an on-the-spot fine of £100 and three points on their licence. In West Yorkshire, a man was fined almost £1000 and given five penalty points for hogging the middle lane on the motorway.

An inconspicuous offence but one that could cost van drivers an on-the-spot fine of £50. If an apprentice or anyone else under the age of 18 is in the van while a driver or passenger smokes, it is illegal.

A lesser known law but one that van drivers should be aware of is when the driver is sitting in their van – either eating lunch or waiting for another worker – they must turn their engine off. If not the driver could face an on-the-spot fine of £20.