The government could be on the verge of a “massive Brexit U-turn” and offering temporary work visas to EU truck drivers in an attempt to resolve a growing supply chain crisis. 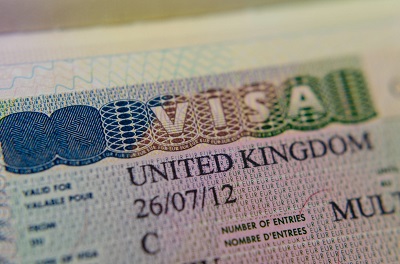 Parcel firm ParcelHero claimed secret talks were currently taking place between the Department for Transport and industry professionals that could result in non-UK HGV drivers being called back to the UK on temporary visas.

Last week, the government said it would continue to relax drivers’ hours in an effort to ease the driver shortage in a move widely criticised by business groups and companies.

David Jinks, head of consumer research at ParcelHero, said: “It’s possible the government could be on the brink of a massive Brexit U-turn as the shortage of skilled drivers threatens empty shelves in stores and delayed home deliveries.

“Controversially, the government has extended driver working hours, a desperate move that led the Unite union to warn its members not to ‘place themselves in danger’ by working longer hours.

“The RHA has called the move a ‘sticking plaster’ that will not ‘make any material difference’ to the shortfall of drivers.”

Jinks said: “The government is left with two deeply unattractive options. It can call in the army – as the Federation of Wholesale Distributors and some retailers and manufacturers have called for – or eat humble pie and ask EU-based truckers who left the UK after Brexit to return with temporary work visas, alongside other non-UK drivers.”

Rod McKenzie, RHA MD of policy and public affairs, said: “We are facing a critical situation with a driver shortage compounded with a lack of tests that have been cancelled added now to a large number of lorry drivers being pinged under track and trace and therefore unable to drive.

“The whole supply chain is reaching a critical danger point. We are saying to the government it is essential to act; it’s not good enough to say it’s up to the industry to sort this.”