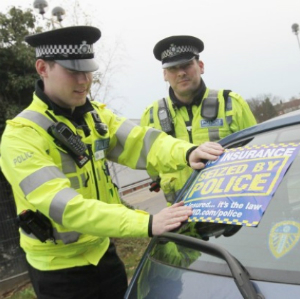 Nearly 1,000 children were convicted of driving with no insurance in 2014, a rise of more than a fifth (21%) since 2012, according to a Freedom of Information request made by the RAC to the DVLA.*

In 2014, 991 under 17s were caught driving on public roads without insurance, a rise of 169 over just two years – despite these individuals not even being old enough to hold a licence. And the problem is a male-dominated one, with 32 times as many convictions in 2014 of boys (961) as girls (30).

Even among those motorists holding full licences, men are three and a half times more likely to be convicted of driving without a valid insurance policy than women: in 2014, there was a total of 45,838 male convictions, compared to just 12,879 female convictions. However, there was a 9% fall in the total number of convictions among men that hold full driving licences – from 50,454 in 2012 to 45,838 in 2014.

Male full licence holders 65 and over

The oldest man holding a full licence and convicted of driving with no insurance in 2014 was aged 94, while the two oldest women were aged 88.

RAC Insurance director Mark Godfrey said: “In trying to discover how many people have been convicted of driving without insurance, we found there is a shocking number of children who are caught driving before they’re even old enough to apply for a provisional licence, let alone have proper instruction.

“Sadly, we may have little choice but to accept there will always be a minority of young males who will be prepared to drive without a licence or insurance. The fact that the number convicted has remained so high suggests a greater focus is needed to work with this group, so they understand better the risks and potential consequences of their actions.

“It also continues to be the case that men, and indeed boys, are far more likely to be convicted of driving without insurance than women or girls.

“But what is especially worrying is that these figures are really only the tip of the iceberg as the insurance industry estimates there are in the region of one million uninsured drivers on the road. This means only a tenth of drivers thought to be breaking the law in this way have been caught.

“Insurance is a mandatory driving requirement for good reason; it’s there to protect drivers, as well as their passengers and other road users and property owners. Anyone who drives without insurance is not only breaking the law, they are also selfishly putting others, as well as themselves, at financial and legal risk.

“The rise in the number of qualified male drivers aged over 65 being caught is, however, a surprise. With an ageing population, there are now more older men driving – numbers rose by about 4% between November 2012 and March 2014,** but the number of male convictions between 2012 and 2014 grew at more than five times that rate.

“On a positive note there has been a notable reduction in the number of men of any age holding full or provisional licences being caught, with a 7% fall of 5,146 convictions. The figures for non-licence holders, however, have remained stubbornly high since 2012.

“The alarming increases revealed in this Freedom of Information request are all the more significant when you consider that the number of dedicated roads policing officers has declined by 23%, or 1,279 officers between 2010 and 2014, meaning there are fewer officers to catch offenders.

“This fact has not been lost on drivers with 60%*** of motorists believing there are insufficient numbers of police officers on the roads to enforce driving laws, and as a result there is little chance of law-breakers being caught and prosecuted for anything other than speeding or running a red light, offences that tend to be enforced via cameras.

“The recent double rise in Insurance Premium Tax by the Chancellor is unlikely to be helpful in reducing the numbers of uninsured drivers. Insurers will inevitably pass the increased IPT cost on to the motorist and higher premiums may encourage some, particularly younger drivers, to break the law.

“Young people already pay the largest insurance premiums of all and this will only make things worse for them by making it even more expensive to gain the independence and work opportunities that having a car brings.

“We urge the Government to treat telematics ‘black box’ car insurance policies that encourage young people to drive more safely to be exempt from IPT, or failing that for them to be given a lower rate which lessens their overall insurance costs.”