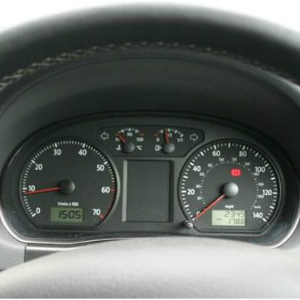 Long standing campaigner against so-called ‘mileage correction firms’, HPI, is applauding today’s news that Business Minister, Anna Soubry, has pledged a law change to close the loophole that enables fraudsters to wind back the miles on a vehicle’s odemeter.   As many as 1.7 million* used cars with a fraudulent mileage reading could be on the UK’s roads, posing a considerable danger to other road users.

Mileage correction firms are widespread throughout the UK, despite there being very few legitimate reasons for a vehicle to have its mileage altered – also known as “clocking”.  Clocking is used by criminals to boost the sale price of a vehicle, often adding thousands of pounds to the asking price**.  However, vehicle history check expert, HPI, warns that due to the computerised systems on modern vehicles today, clocking a car can have serious ramifications over and above a false mileage reading.

Around 10% of all the modules in a modern car, such as the airbag, ABS and ignition, feed information into the central ECU system, and each time an event occurs – such as a faulty airbag warning – a ‘snapshot’ of the vehicle’s mileage will be recorded on these modules. Therefore, unless a vehicle’s mileage is wound back by a particularly ‘diligent’ and skilled clocker who alters the mileage readings on all potentially affected modules in addition to the odometer, these will be out of sync, leading to issues with safety warnings – and potentially legal cases in the event of an accident.

Neil Hodson, deputy managing director for cap hpi explains further, “Clocking is a blight on the used car industry. It’s a fast and easy way for unscrupulous sellers to make money, with many simply thinking, ‘Why not?’.  But here is a perfect example of why not – serious problems can occur with a vehicle.

“Firstly, there is the potential to miss important servicing and warning light indicators, as the car’s various different components will be reading different mileages. By changing the mileage, a clocker will actually be causing conflicts within the cars electronics and interfering with the normal routines for servicing and repair. In addition, the manufacturer’s warranty is likely to be void if the car is discovered to have been clocked.

“There is also a very serious legal issue to be considered. In modern vehicles crucial evidence of a cars performance and speed at the time of an accident will be stored in the cars on board computer. Such evidence may have an important contribution to make in an accident investigation, but sadly if a vehicle has had its mileage tampered with, the integrity of the data could be said to have been compromised and likely inadmissible as evidence in court. So an innocent party in an accident could find themselves unable to prove this if they had been driving a clocked car without realising.”

The HPI Check® includes a mileage check against the National Mileage Register as standard, which contains over 200 million mileage readings – and offers vital protection to consumers against buying a clocked car.  The HPI Check will also uncover other potential problems such as if the car is registered with the police as stolen, has been written off by an insurance company or has outstanding finance against it.

Neil Hodson concludes, “News that Business Minister Anna Soubry is going to take a stand against mileage correction firms illustrates just how serious a problem clocking continues to be to this day and we are delighted that the spotlight is falling on these fraudsters again.

“We want to remind both used car buyers and the legislators that enable ‘Mileage Correction Firms’ to continue, that it isn’t just a ‘financial fraud’ issue – as important as that is – but more vitally a question of safety, which no-one can afford to ignore.”

*The UK parc in 2014 for all vehicles was at 37 million, according to the SMMT. A total of 2.47 million new cars were registered in 2014. Therefore it is estimated that there are approximately 34.53 million used vehicles on the UK’s roads. In 2014, just over 5% of all vehicles checked with HPI had a discrepant mileage.  Therefore, if you apply the 5% hit rate to the UK car parc, there could be as many as 1.7 million cars on the road with an incorrect mileage reading.

**How does a mileage reduction impact used car prices?