Work platforms must be prepared for new grey fleet obligations 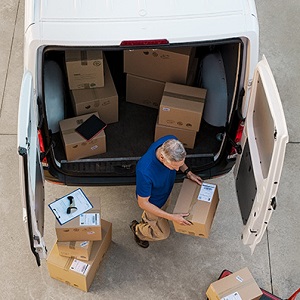 Over the last couple of years there has been increasing unease about the self-employed status of most of the 1m UK-based gig economy workers, many of who are dependent on specific ‘work platforms’ like Deliveroo or Uber for all (or nearly all) of their income.

The self-employed status of the growing army of ‘work platform’ workers means they do not get Statutory Holiday Entitlement, Statutory Sick Pay or access to an Auto-Enrolment Pension. What’s more, their employers don’t have to pay National Insurance Contributions on their highly-flexible workforce’s pay.

It is therefore not that surprising that, following the ‘Taylor Review of Modern Working Practices’– which identified gig platform workers as ‘dependent contractors’ who should be able to claim key employment rights – we are seeing a rash of legal cases linked to the blurring fault line between self-employed and full employment status which many employment contracts show.

The highest-profile case was brought by an ex-Pimlico Plumbers worker called Mr Smith, a case alleging wrongful dismissal. This one has reached the UK Supreme Court. It hinges on whether Mr Smith was a contractor or an employee. As a contractor, Mr Smith could be called on at any time during a five-day week to do jobs for Pimlico Plumbers.

Some years ago, Mr Smith suffered a heart attack. Because of resulting impaired health, he asked Pimlico Plumbers to reduce his available hours from five- to three days per week. Shortly after that, he was struck off the plumbing group’s approved-contractor list. Mr Smith claimed direct disability discrimination, discrimination arising from disability, and failure to make reasonable adjustments.

This case has major implications for gig economy workers: it hinges on whether Mr Smith’s working situation met the definition of ‘employment’ in section 83(2)(a) of the Equality Act 2010, or whether he was self-employed in business on his own account.

The Employment Tribunal decided that the respondent was not an employee, but that he was a ‘worker’ and his working situation met the definition of ‘employment’ in section 83(2)(a) of the Equality Act.

Because of this ruling, Mr Smith’s complaints of direct disability discrimination, discrimination by reason of failure to make reasonable adjustments, and in respect of holiday pay as well as in respect of unauthorised deductions from wages, can all be considered in Court.

If the UK Supreme Court rules in Mr Smith’s favour, this could mean that not only most of the 1m gig economy workers but also many of the UK’s 4.8m self-employed workers, may be entitled to employment rights and benefits traditionally only associated with those of us who have full employment contracts.

And the gig economy itself has its own test cases. A case was brought by two of the reported 40,000 Uber drivers who, late last year, won their appeal to be classed as workers with minimum wage rights.Uber drivers can now be considered ‘employed transport workers’ with entitlements to National Minimum Wage, Statutory Sick Pay and holiday pay.

If work platform-dependent workers have employment status, then it’s not much of a leap to argue that the vehicles those workers use in the course of this work are the responsibility of the gig worker’s platform provider which their workers use to source jobs. Interestingly, most platform workers today are either driving goods or people around using their own vehicles. In other words, the likes of Uber and Deliveroo could find themselves responsible for some of the largest grey fleets in the country.

Right now, there is something of an employment rights war going on. Cases are being brought by workers, while work platform providers seem to be so far ducking obligations to their ‘gig economy’ workforce. The latest one of these comes from Deliveroo which recently inserted a clause into its contractors’ contracts to give them rights to ask a ‘substitute’ to do a booked job for them. This so-called Substitution Clause, seems to prevent Deliveroo workers from claiming full employment rights, but clearly, it’s doing Deliveroo a great deal of reputational damage in the meantime. And if test cases like the Pimlico Plumbers one find against the employer, the work platforms will pretty soon find themselves open to further claims and collective bargaining action by labour unions.

When the rights of gig economy workers operating in ride-hailing and couriering are properly clarified within the next couple of years, and assuming UK cases find in favour of giving many of them Matthew Taylor’s ‘dependent contractor’ worker status, this must have wide implications for work platform operators.

One principle consideration is that transport-based work platforms could become overtly responsible for making sure the vehicles which their workers are driving are roadworthy, have valid insurance, up-to-date MOT and road tax on them. They will also need to monitor the drivers’ license status, determining whether they have the right license to drive the vehicle they are using, whether they’ve been banned from driving, and have passed an eye test recently.

The law’s clear: when workers use their own vehicles for business travel, their employer is not absolved from their duty of care responsibilities. This means grey fleets must be managed as effectively as company-owned or leased vehicles. Failure to do so exposes employers to penalties, prosecutions, or even corporate manslaughter charges in the event of their workers’ vehicles being involved in a fatal accident.

The British Vehicle Rental & Leasing Association (BVRLA) makes it clear in its ‘Getting to Grips with Grey Fleet’ guide that businesses with large grey fleets naturally expose their companies to large legal risks, including a higher likelihood of being found responsible for the use of a vehicle that is inappropriate for the business use it is being employed for.

One recent study by Lex Autolease found that 41% of employers surveyed admitted to being not fully-aware of the employer Duty of Care regulations within the Health and Safety at Work Act and how they impact the grey fleet. It also revealed that only 64% of organisations check grey fleet driver licences, 63% of organisations check insurance coverage and only 56% check MOT cover. Fewer driver checks add up to additional risk also as there are more grey fleet drivers with undeclared points (or even bans) than in well-managed fleets.

Recent studies looking at the state of the UK’s grey fleets chime with concerns that will be raised about Government action on recommendations contained in the Taylor Review. They suggest organisations that operate on grey fleet models should urgently review and reform their own procedures to ensure they comply with laws regarding employer responsibilities for employee-owned vehicles.

However, what is also clear is that work platform businesses are run by people who are, first and foremost, used to running technology businesses. They’ve got ahead by creating highly-available online platforms which connect people with tasks which need to be completed in a timely manner.

Platforms may not likely to take kindly to being told they need to make sure all their drivers’ vehicles are in great working order. But it won’t be long before we see test cases in this area too if platforms don’t address their potential grey fleet risk exposures.

Fortunately for work platform providers, there are already modern, cloud-based solutions emerging which can enable ‘light touch’, yet highly effective management of grey fleets and their drivers. With this modern, mobile-ready software approach it should be possible to stimulate and provide auditable reporting of vehicle and driver checks for grey fleets, moving fast to plug the gap.

Telematics can be integrated easily to pick up actual miles being done while ‘on the clock’ for the company, potentially eliminating one of the biggest costs for grey fleet operators: workers over-stating the miles they’ve completed to do their job. This visibility can also help reduce insurance costs for vehicle owners.

Transport and logistics work platform providers need to get ready for potential new grey fleet management requirements sooner rather than later, as demands linked to these responsibilities are likely to follow hot on the heels of any change in employment status from self-employed to ‘dependent contractor’ or equivalent within the next couple of years.