Convictions for traffic offences on the rise 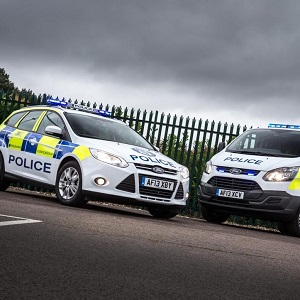 Official government figures analysed by road safety charity IAM RoadSmart have found that convictions for traffic offences in England and Wales’ courts are steadily increasing again from a low point in 2013 – including a huge 52% increase in dangerous driving convictions.

Guilty verdicts were at 1.2 million in 2006 and declined for seven years until 2014 when the total number of offences started rising again and have continued to do so ever since.

Other surprising statistics to emerge from IAM RoadSmart’s research include a dramatic increase of almost 70,000 over 10 years in convictions for the failure to supply the identity of a driver of a vehicle.

By contrast there were also big drops in drink-drive and mobile phone-related convictions; IAM RoadSmart believes the dangers of both are finally sinking in.

There does not appear to be one single reason why conviction rates are on the rise again, but IAM RoadSmart surmises that a combination of targeted enforcement, increased electronic surveillance and a renewed focus on traffic policing after years of neglect may all be behind the increases.

The news of an increase in convictions will be welcomed by the law abiding majority of motorists; IAM RoadSmart members have for many years been in favour of harsher punishments for those who injure or kill behind the wheel, see story:https://www.iamroadsmart.com/media-and-policy/newsroom/news-details/2017/02/08/support-for-tougher-sentences-for-those-who-kill-on-the-road-says-iam-roadsmart-survey

In 2016 (the latest year for which figures are available) there was an increase of 19% in the total number of convictions compared to the most recent low in 2013.

However, with deaths caused by drink-driving flatlining, there is still a long way to go in reducing this number further, which underlines the continued need for well targeted anti drink-drive campaigns.

The dangers of using a mobile phone might finally be sinking in to more drivers, with convictions for the offence of using or causing others to use a mobile phone whilst driving dropping by more than half in the past five years, from 32,404 in 2011 to 13,847 in 2016 – a reduction of over 57%.

One motoring offence which has been on the rise steadily since 2006 is ‘failing to supply information as to identity of driver when required.’

In 2006 there were 12,056 convictions but by 2016 this number had grown to a huge 82,029 guilty verdicts. This is most likely linked to increased forms of surveillance leading to more requests to confirm the identity of the driver.

Neil Greig, IAM RoadSmart director of policy and research, said: “This will be good news indeed for motorists who have been concerned for a long time about the level of convictions for the most dangerous motorists.

“It also shows that the most serious motoring offences are being taken seriously by the courts – even though there is a long way to go an increased certainty of conviction might get some drivers out of the mindset of thinking they can get away with drink or drug driving or using a hand-held mobile phone at the wheel of a car.”