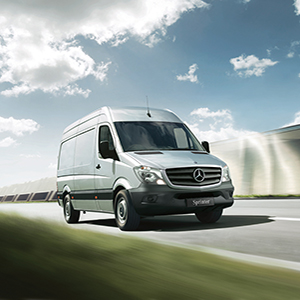 The explosion of e-commerce in the UK has changed the shape of the courier and logistics industry, with B2C deliveries now dominating the landscape, and with ‘Black Friday’ tomorrow, the UK’s busiest trading period has begun.

Starting tomorrow, UK shoppers are estimated to spend £3.49 billion over the next four days, culminating in ‘Cyber Monday’ according to the Centre for Retail Research (CRR). More than £2.2 billion of this will be spent online – an increase of 16% compared to the same period last year – according to CRR. Visa Europe has estimated Black Friday shoppers will put £721 million of online purchases on its cards, up 17% on last year and a 61% increase on 2013.

Mercedes-Benz Vans has launched the first of a series of insight papers, investigating how Britain’s most successful fleets have been preparing for this busy winter operating period, to give wider companies the opportunity to learn from the best practice highlighted.

In addition to the insights around the use of technology centred on fleet operations, the Winter Operating Insight paper, which can be found via www.mbvans.co.uk/industryinsight, also focuses on the rises in Sunday delivery services, which have become widespread over the last two years. Hermes, Parcelforce, DPD and the Royal Mail were all offering Sunday deliveries by the end of 2014. Amazon reported in January 2015 that Sunday deliveries had quadrupled over the 12-month period beginning the previous January.

Amazon and Argos both launched 7-day same-day retail deliveries this year, with Argos becoming the UK’s first high street retailer to offer same-day delivery 7 days a week. In addition, as well as national same-day delivery, their Prime Now app allows Amazon Prime customers in some parts of London and Birmingham to receive their orders within the hour.

All of this means that the demands and pressures of vehicle fleets are greater than ever before. Keeping vehicles on the road and operating at such a high level – with one courier company commenting that on average, the door opens and closes on their Sprinter vans more than 150 times a day – is the common thread tying all winter fleets together.

Statistics from MobiloVan – Mercedes-Benz Vans free 30 year roadside assistance offering – highlights that during week 48 in 2014, vehicle breakdowns increased by 26% compared to the same week in 2013, reflecting the increase in vans on the road during ‘Black Friday’ weekend.

Steve Bridge, Managing Director, Mercedes-Benz Vans, commented: “For courier companies to deliver on their promises, it is crucial that they choose a vehicle that can keep up with their demands. This time of year, not only do courier fleets have to deal with Black Friday, but also extremes in weather – we have already seen the first snow of the season, and the gritters are now officially out.

“It makes me incredibly proud that the vehicle of choice for courier companies is Sprinter, and like all Mercedes-Benz Vans, Sprinters are backed by three-year, unlimited mileage warranties and, when they are maintained within our Dealer Network, also come with reassuring MobiloVan cover which runs for 30 years and includes free Service 24h emergency roadside assistance.

“It is not by accident that Sprinter rules this sector, and we look forward to celebrating the successes of Black Friday with our customers.”