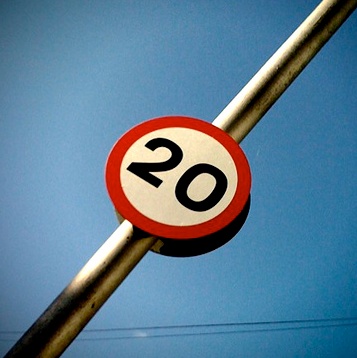 Bristol City Council’s claim of a 20% walking and cycling rise in 20mph speed limit areas is false, the Alliance of British Drivers (ABD) have insisted.

According to the Council, increases in walking ranged from 10% to 36% in pilot areas, with cycling up from 4% to 37%.

The Council claimed this meant the average increases were 23% and 20.5% respectively, but an investigation by the ABD’s Malcolm Heymer has disputed the claim.

“It is statistically invalid to calculate an average of percentages by simply adding the highest and lowest and dividing by two,” said Mr Heymer.

“The individual percentage changes have to be weighted according to the actual numbers involved to give a true average.

“That such an elementary error could be made in a local authority report is both extraordinary and concerning, especially when the figures so derived are used by others to justify speed limit changes that could affect millions of people.”

This showed that counts were made on just one day of the week and one weekend day at each point, before and after the speed limit was changed.

After analysing the limited data, Mr Heymer found that, over a seven-day week, walking and cycling increased in the first pilot area by 3% and in the second by 9%.

In the second area, the before and after surveys were undertaken two years apart, as opposed to one year apart for the first pilot area.

“It is impossible to quantify the impact these factors could have played in the apparent increases in walking and cycling,” added Mr Heymer.

“If the council had undertaken control counts at the same time, in areas of the city where 30mph speed limits were retained, the changes in the pilot areas could have been compared with those in the control areas.

“In the absence of such comparisons, and given the limitations of the survey data, the apparent increases in the pilot areas, even when properly calculated, must not be taken as evidence of increased walking and cycling in the 20mph speed limit areas.”

Image courtesy of Claire_Sambrook, with thanks.