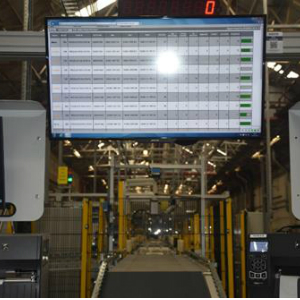 Voith Industrial Services’ new multi-million pounds wheel and tyre assembly plant in Coventry – the most technically advanced in the UK – is to be officially opened in September.

The announcement was made by Phillip Spencer, Voith Industrial Services’ sales and business development director, on the opening day of Automechanika Birmingham 2016 at the NEC.

The state-of-the-art plant in Torrington Avenue has been developed to meet the growing demand from premium and luxury car brands, such as Jaguar Land Rover, as well as from other automotive manufacturers including Vauxhall.

The new facility will replace the existing factory – only a few hundred yards away in Torrington Avenue – where wheel and tyre assembly has been carried out for more than 30 years.

“Our new plant covering 150,000 square feet is over 50 per cent bigger, and the investment in a new assembly line with the latest automated technology means that we can complete a wheel and tyre assembly in only 12 seconds compared to 20 seconds on the old line,” said Phil.

“The new line can handle up to 1,000 different derivatives of wheels and tyres. It can produce almost a million assemblies per year on a two-shift basis with the ability to complete 1.5 million with three shifts.”

Work on the new facility, which will employ more than 80 people, started in May last year. The installation of the new 90-metre long assembly line, which has 16 work stations, began in January this year, and several weeks of extensive commissioning to handle the current 700 wheel and tyre derivatives has now been completed.

Transfer of the line from the existing facility on Torrington Avenue will begin in July. When combined, the two lines will have the capacity to produce around 2.5 million assemblies per year based on three shifts.

Assembly of wheels and tyres for Jaguar Land Rover has started and will gradually increase over the next few weeks.

Last year Voith Industrial Services, that has its UK headquarters in Warwick, won the top quality award from Jaguar Land Rover for its wheel and tyre operation.

The JLRQ award was formally presented following assessments over a 12-month period on a range of criteria including its quality, delivery, technical ability, and planned preventative maintenance programmes.

“The increasing demand for our expertise in wheel and tyre assembly is just one area of our business that has made us a leading supplier of a wide range of outsourced and technical services to the UK automotive and transport industries,” said Phil.

In the UK Voith Industrial Services employs 2,600 people – mainly at customer sites across the country. The company has increased its sales turnover from €33 million to almost €120 million in the last five years.