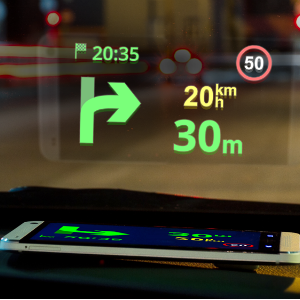 GPS app Sygic, which has more than 130 million unique users around the globe, has revealed a new functionality that allows users to stay notified about  fuel costs as they travel.

The new gas pricing information is due to be launched on June 7, 2016, with information provided by the Oil Price Information Service (OPIS). Users will have access to live oil prices and will be able to input details about the car they drive in order to make fuel cost estimates more accurate. The new function will be launched in Europe, the United States and Canada, with premium app users receiving the new features for free.

“This new functionality helps users to monitor the the changing prices of gas more carefully, helping to save money on car journeys in the areas where information on live fuel prices is available,” says Sygic CEO and founder Michal Štencl. “This is a useful new update that will keep drivers’ eyes on fuel price increases and decreases on the go.”

Sygic also helps drivers to keep an eye on costs by entering details about car model and age, users can ensure they get a more accurate prediction of their fuel use throughout the trip. Other apps, such as Google Maps and Waze, boast similar features but lack the ability to add personal details about the vehicle involved and give less accurate estimates.

Sygic has been described by the BBC as one of the world’s most successful apps and, with hundreds of millions of users worldwide, it is easy to see why. Globally, 74% of all smartphone users have GPS services on their devices. Sygic now brings new benefits to this large demographic by providing them with a means to plan their fuel consumption better than ever before.

Goodyear Total Mobility is proud to announce a new two-year partnership with H. Parkinson Haulage Ltd. With over 60 years’ experience in the haulage industry, H. Parkinson

A pioneering project to ensure that connected and autonomous

Prisoners at HM Prison Featherstone are being given a