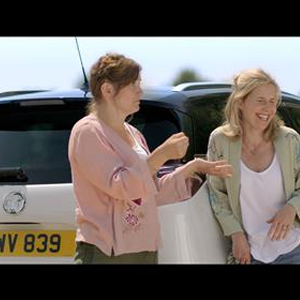 The Story Lab, The Outfit and Carat UK collaborated to broker the deal with Channel 4. Tasked with taking the ‘Pyjama Mamas’ launch campaign a step further, the team produced the Channel 4 content series with a witty take on the trials and tribulations of motherhood. The Channel 4 campaign will also carry Vauxhall Motors’ brand promise of ‘optimism’ bringing it to life with the ‘Isn’t life brilliant’ strapline.

Kate Lunt, campaign lead at Carat said, “It was important for us to think bravely and put our female target audience first in the campaign as they play a hugely influential role in car purchase decisions. Channel 4 was the perfect partner to bring the campaign’s energy to life and by using comedic talent we created alongside The Outfit and Channel 4, something truly entertaining for mums that they can completely relate to.”

Angus Mitchell, Agency Principle, Channel 4 said, “We are really proud of this bespoke campaign created with Channel 4 alumni Jessica and Sally, together with Vauxhall Motors. The ads present an honest and fun reflection of being a mum which makes them relatable for our viewers and build perfectly of Vauxhall Motors’ Pyjama Mamas launch campaign.”