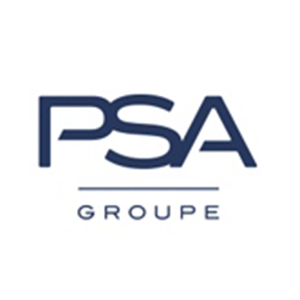 Group PSA continued its product offensive launched in 2016 as part of its strategic plan for profitable growth “Push to Pass”: 31 of the 121 launches presented in the plan will take place before the end of 2017 in the six regions in which the Group operates.

The new CITROËN C3 registered 120,000 sales in the first half of the year, increasing C3 orders by 68% since the beginning of the year. A total of almost 160,000 sales has now been recorded for this new model since its launch. The appeal of this model is confirmed by the 25+ awards received and a client rating of 4.7 stars (out of 5) on Citroën Advisor.

In the LCV segment, the new PEUGEOT Expert and CITROËN Jumpy have strengthened PSA leadership in Europe even further, and with the PEUGEOT Traveller and CITROËN SpaceTourer passenger car versions, provide powerful levers for the Group to gain greater market share outside its historical territories.

The DS 7 CROSSBACK La Première limited edition, launched at the end of February, can be reserved online.

The PEUGEOT 2008 SUV recorded a 10% increase in deliveries and is now ranked number 2 in its segment. The new PEUGEOT 3008 SUV has made spectacular progress and reached the podium of its category.

CITROËN recorded its best volume of registrations in Europe for six years, with a 5.6% increase, one point above market volume.

On the LCV market, with the new PEUGEOT Expert and CITROËN Jumpy, the Group’s market share increased by 1.2 points to 20.4%. This increase was also driven by the PEUGEOT Partner and CITROËN Berlingo which are ranked 1st and 3rd, respectively, in their segment and are the best-selling small vans in Europe.

DS Automobiles continues its transformation by developing its network, which now includes 116 dedicated sales points in Europe on the eve of the arrival of the DS 7 CROSSBACK. In the first half of 2017, five limited editions were launched as well as the DS 7 CROSSBACK La Première with a conquest rate of 60% since reservations opened.

In China and South East Asia, in a fiercely competitive context, Group PSA changed its economic and commercial business model with respect to the network and partners of the two joint ventures DPCA and CAPSA. As part of this change, on 7 June, Group PSA signed an agreement strengthening its collaboration with ChangAn Automobile to accelerate the development of the DS brand in China.

In Vietnam, to accelerate the development of its activities, in the 2nd half of the year, the Group, along with its partner THACO, will launch the local assembly and marketing of two new SUVs.

In the Middle East & Africa, Group PSA continued its profitable growth totalling 277,900 sales, with growth of sales in Morocco (+5%) and Turkey (+5%) in particular. Group PSA also consolidated its position in Iran with the creation of two JVs which are now operational. The start of local production of the PEUGEOT 2008 SUV and its pre-sales marketing have been a huge success.

Group PSA continued its product offensive in this region with the successful launches of the new CITROËN C3 and renewal of the C-Elysée, the new PEUGEOT 3008 SUV and the new Peugeot 301. Unveiled in June 2017, the new PEUGEOT Pick Up signals the brand’s return to this strategic segment. It will be marketed in Q3 2017.

DS Automobiles continued its development in the region, particularly in Iran and accelerated the construction of its network to commercialize the DS 7 CROSSBACK at the start of 2018.

In Latin America, Group sales grew by 8.5%, with 96,300 vehicles sold in an increasingly competitive environment.

PEUGEOT sales were up 5.2%, in particular thanks to the launch of the new PEUGEOT 301 in Argentina, Mexico and Chile in Q2. Things look very promising for the new 3008 SUV recently launched in Mexico, Brazil and Chile. It will be sold in Argentina by the end of the year.

CITROËN sales increased by 14.7% in the region. This growth was driven in particular by Argentina where registrations for the brand increased by 33%.

The DS brand continued its growth in the region with a 48.6% rise in sales. In a few months’ time, it will open four new DS STORES to commercialise the DS 7 CROSSBACK.

In Eurasia, Group PSA sales increased by 26.4% thanks to the dynamism of the PEUGEOT (+41.1%) and CITROËN (+10.5%) brands, in particular in Ukraine where the market is experiencing a significant rebound. While waiting for the launch of the new generation PEUGEOT Expert and Traveller and the CITROËN Jumpy and SpaceTourer in Russia in the second half of the year, the Group’s LCV sales increased by 18%. These launches will be completed by the new PEUGEOT 408, manufactured in Kaluga and to be launched in July, and the new PEUGEOT 3008 SUV launched in Russia on 1 July, reinforcing the up-market strategy of the PEUGEOT brand in the region.

Group PSA continued its development in the Eurasia region with the signature in Uzbekistan of a Joint Venture agreement with SC Uzavtosanoat for the production of LCVs from 2019.

The India-Pacific region was marked by Group PSA’s good performance in Japan (+11.1%). Growth in the region is driven by the CITROËN brand (+52.8%), in particular thanks to the new C4 Picasso, and the C4 Cactus in Korea and Japan. The new PEUGEOT 3008 SUV was hugely successful in Korea and Japan with more than 2,300 orders in four months. With the opening in Nagoya of a new DS STORE, the DS brand now has two DS STORES and one DS SALON in Japan.

Jean-Philippe Imparato, Head of the PEUGEOT brand said: “With over 1 million units sold at the end of June and a 15% increase in global sales, PEUGEOT is on track to reach its objective of 2 million vehicles and 45% of sales outside Europe in 2017 and in line with its commitment to reach 50% by 2020. This sales performance is driven by the whole range, with a growing order book.”

Linda Jackson, Head of the CITROËN brand said: “Outside China, where we are restructuring our network, global sales of Citroën are increasing, helped by our latest launches and a six-year high for registrations in Europe. Our SUV offensive will increase this dynamic in the second half of the year, with launches of the C3 Aircross in Europe and the C5 Aircross in China.”

Yves Bonnefont, Head of the DS brand said: “DS 7 CROSSBACK paves the way for the second generation of DS models. Exclusive network, multi-channel distribution, a far-reaching training plan and the deployment of “Only You, the DS experience”, attest to the profound transformation which is giving birth to our premium French brand.”