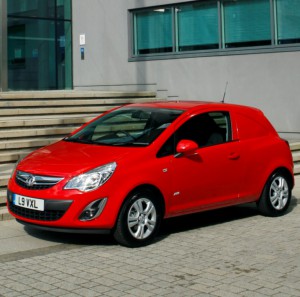 Year-to-date small business sales of the Vauxhall Corsavan have rocketed by more than 70%, figures have shown.

In the first five months of 2013, Corsavan sales increased by nearly a quarter overall compared to the same 2012 period, with small business purchases performing astoundingly.

Vauxhall said the figures have cemented the popularity of the ‘surprisingly roomy, well-equipped, economical van’.

“Of course, with a best-in-class payload and outstanding fuel economy at a time of rising fuel costs, we’re not surprised that the award-winning Corsavan is proving so popular.”

The Corsavan is noted for its low running costs and flexibility, boasting a class-leading payload of 550kg despite its compact dimensions.

It has a fuel economy of up to 83.1mpg on the combined cycle, with CO2  emissions as low as 89g/km – lower than many of the market’s cleanest cars.

Van operators are also saving money as the Corsavan falls into the Group 1E insurance band.