‘Vanophobes’ should give LCV drivers a break, say RAC 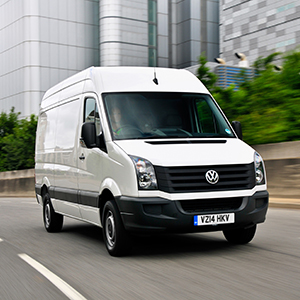 Motorists in Britain should give van drivers a break, the RAC have claimed, after figures revealed they have an unjust reputation for bad behaviour.

A sizeable 57% of motorists surveyed believe van drivers’ reputation for bad behaviour at the wheel is deserved, with 54% claiming they are more inconsiderate than other road users.

However, analysis of government figures shows van drivers are no more likely to be involved in a reported accident than car drivers, with both having a less than 1% chance.

Indeed, van drivers actually do better at avoiding crashes, with one in 146 cars involved in a reportable accident in 2012, compared to one in 261 vans.

“While ‘white van man’ has been used as a generic term for van drivers for years it now seems to have become very much associated with bad driving too.”

Statistically, bus and coaches have the most accidents as one in 26 (4%) were involved in one in 2012, while HGV drivers have a 1.5% accident risk.

Simon Williams, Spokesman at RAC Van Insurance, said: “While ‘white van man’ has been used as a generic term for van drivers for years it now seems to have become very much associated with bad driving too.

“Our research clearly paints us as a nation of ‘vanophobes’ which seems harsh when you look at the accident statistics and see both van and car drivers have the same statistical chance of being involved in an accident.

“Van drivers – plumbers, builders, electricians, plasterers and delivery drivers – are the life-blood of the economy and yet motorists continue to hold this opinion, regardless of their driving experiences.

“This judgement seems a little unfair which is why we think it’s time to give van drivers a bit of a break as well as some recognition for their significant contribution to the economy.”