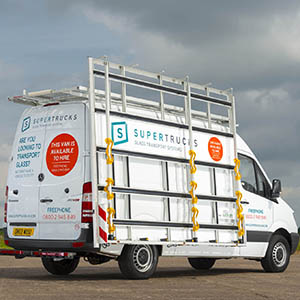 Better quality racking and fitments suitable for ‘second life’ use

The European Community Whole Vehicle Type Approval (ECWVTA) regulations, which became compulsory in April 2013 and cover modifications to racking and other fitments, are leading to overall cost savings for van fleets according to GE Capital Fleet Services.

Simon Cook, UK Fleet LCV Leader at GE Capital explained that the approval scheme – which provides a mechanism for ensuring that new light commercial vehicles meet environmental, safety and security standards – has seen better quality equipment fitted to vans that is rugged enough to be used through second and even third vehicle replacement cycles.

He said: “ECWVTA means that better quality racking, lights, tow bars and other equipment are being fitted to greater numbers of new vans. Certainly, most of the fleets with which we work are spending more time and money in this area.”

GE Capital’s van team recently worked with a leading power tools company to produce a fit-out specification designed for second life use. Although the initial cost is £2,000 higher per unit, the fact that it can be reused means a saving of £3,000 over two lease cycles even taking into account the cost of refurbishment.

Cook continued: “For some fleets, we are even building the cost to transfer racking from one van to another into our standard lease arrangement, with the added benefit of minimising downtime at the point when they swap over to new vehicles.”