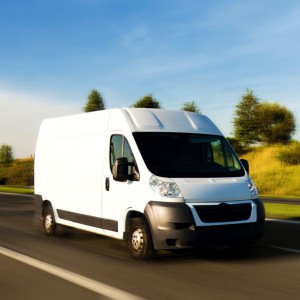 The AXA study, carried out among 300 van owners, also suggested that consumers would rather see a website than a phone number.

Two-thirds of all respondents to the survey had signage on their van, with the most common feature the company name.

Over half of consumers in the UK claim they will at least occasionally use signage on a van when looking for particular services.

Indeed, the average van owner who does use signage believes just under 30% of their business is driven from sign advertising.

The key things that appeal to consumers are a witty name or ‘jokey’ signage, with pictures and colours also popular.

Interestingly, 27% of van owners display a trade endorsement as part of their signage; around 60% of consumers would sometimes or always look out for this before contacting a company.

Meanwhile, more than 50% of consumers would be put off using a company that had a spelling mistake in its signage.

A similar number would avoid a company if the van was driven badly or was dirty, with blacked-out windows and smoking drivers putting off a third of potential customers.

Darrell Sansom, Managing Director at AXA Business Insurance, said: “Getting the signage right on your van is a cheap and effective way to market yourself – done properly it has to be one of the best forms of advertising there is.

“But getting it wrong can be at best, a waste of money, and at worst, damaging to your business, so a little time and effort to get it right is worth the investment.

“But do remember once you’ve got that right, drive badly and you’ll undo all the good.”