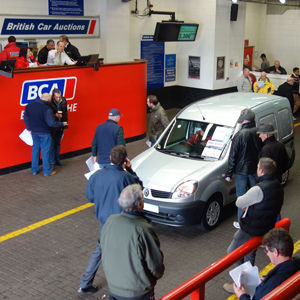 Average values for commercial vehicles reached record levels in May – the fifth time in the last six months a new record has been set.

Compared to a year ago, age is static at 58months, while mileage has decreased marginally over the same period.

Average CAP performance is down slightly compared to May 2013.

Meanwhile, values for fleet and lease LCVs improved by £64 (0.95%) in May to £6,799, with CAP performance declining by two points but retained value against Manufacturer Recommended Price improving.

Duncan Ward, General Manager of Commercial Vehicles at BCA, said: “The market returned strongly in May, with conversion rates improving over April and values rising yet again, despite volumes remaining relatively high.

“Competition is typically intense for retail quality used stock, with values rising as a result and BCA Live Online buyers continue to play a significant role, accounting for around 30% of volume sold.

“While the best quality one-owner vans remain in short supply – with that unlikely to change in the near future – the market is seeing plentiful supplies of older, higher mileage models of variable quality and presentation.

“These vehicles need to be sensibly valued to tempt the buyers and vans with damage, in non-retail or corporate colours or with excessive mileage will need to be realistically valued if they are to sell first time.

“There can be little doubt that the improving economic background is giving a boost to the used LCV market, and small and medium-sized enterprises (SMEs) remain positive about future prospects.

“As this group are the biggest buyers of used LCVs we should expect demand to remain relatively strong in the months ahead.”