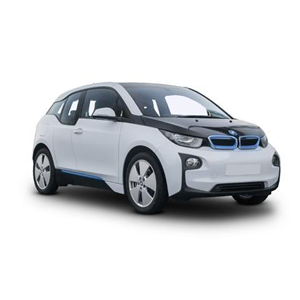 Consumer interest in electric vehicles is soaring. The market for alternatively fuelled vehicles (AFVs) saw a record market share of 4.4% in June with more than 10,700 hitting the roads, a rise of 29.0%.

Over 60,000 new AFVs have joined Britain’s roads so far this year. The overall used market for electric vehicles has seen gains with values increasing by 7 percent this year.

Motoring expert Chris Plumb from hpi said: “Interestingly it appears to be the range extender models which is driving the recent strong performance as values of pure electric have struggled of late. The BMW i3 is a popular choice and is a great second hand buy. It brings a good level of specification and badge prestige.

“The optional range extender can increase the range of the BMW i3 in comfort Mode from up to 125 miles to a total of 206 miles. The small, rear-mounted, quiet two-cylinder petrol engine powers a generator that maintains the charge of the battery at a constant level, so that the BMW i3 can continue to drive electrical.”

The Nissan Leaf with the 30KWh power train is attracting higher used values than the 24kWh as it has a larger range, with an NEDC range of up to 124 miles (LEAF 24kWh) or up to 155 miles (LEAF 30kWh).

Demand for Petrol Hybrid used vehicles remains high. Used values bucked market trends in June and prices strengthened overall, moving up by an average of 0.2% at three years 60,000 miles. Certain derivatives performed particularly well such as the Toyota Prius (12-17) Plug-In which increased by 3.9%, Lexus RX (12-16) Hybrid which saw values rise by 2% as too did the Prius+ (12- ) Hybrid.