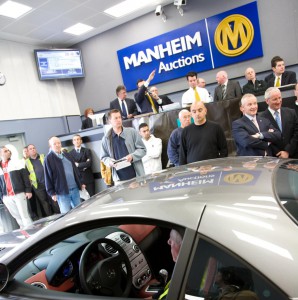 The average value of used light commercial vehicles rose by £14 to £4,076 in August, Manheim’s Market Analysis has reported.

Interestingly, and underlining demand, 41% of all vans sold online by Manheim in August were car-derived vans.

“Typically the vehicles attract fewer incidences of damage compared to their larger workhorse cousins, as they’re used for different jobs.

“In a seasonally quiet retail market a dealer prefers to stock several lower value vans rather than tie up all their cash-flow in one larger, more expensive van.

“The older they are, the better value they are as a retail proposition to savvy sole traders and SME’s looking at bottom line profitability.

“The success of this sector has bucked the traditional trend for this time of year at the auctions, with values tending to soften with the effects of holiday season.

“Average selling prices and conversion rates have been affected over the past couple of months, mainly due to the seasonal lull but partly because of an increase in the duplicated stock.

“I anticipate the auction market will bounce back in early to mid-September which means that, between now and the end of the year, we should see average selling prices and conversion rates increase.

“That said, it is anyone’s guess how de-fleet volumes will fair for the remainder of the year.”